Home » Blog » Smoking Weed: How To Use A Bong

Smoking Weed: How To Use A Bong

Smoking weed using a bong is one of the most classic and iconic symbols of the marijuana world. Whether you see people use it in movies or music videos, there is no doubt that bongs represent cannabis smokers everywhere. But even in the real world, a lot of actual smokers consume cannabis using it. Because it is quite a large marijuana paraphernalia to use, smokers would often have smoking sessions with a bong during house parties or private gatherings. Regardless, using a bong is truly a pleasure for anyone that wants to get high and frosty!

But how much do you actually know about a bong is?

Throughout the years, there have been countless innovations and breakthroughs in the marijuana world. As such, various kinds of bongs are available that come in all shapes and sizes. People definitely have numerous options when picking the right bong for their smoking needs!

What Is a Bong?

A bong is basically a smoking apparatus made up of different parts. These parts allow smoke to rise up from the pressure being built up by the combustion of cannabis weeds. It is known by many different names such as: water pipe, binger, billy, or even bing. You might be wondering why it is called a water pipe, though. One key feature of a bong is that there is a certain amount of water placed inside. This allows the smoke to travel upwards toward the open mouthpiece where users usually inhale the smoke.

Reasons Why People Use Bongs

There are many reasons why people use bongs. For one, a lot of smokers have reported an extremely smooth and purer hit. As opposed to a joint where heat is directly responsible for the smoke, it uses the water to provide a much cleaner and creamier  inhale. This allows it to bypass the usual dryness and heat that you would typically get from joints, spliffs, and blunts.

What is the water in a bong for?

While not all pipes for smoking will need water, almost all bongs will require it. But what does the water do in a bong? Well, once the weed buds are lit up in the bong, the water will subsequently start bubbling. This pressure pushes up the smoke into the mouthpiece of the bong.

But that’s not all! With the water, it is able to produce a much smoother and creamier high. The heat is also a lot less felt with the use of a bong, which filters the smoke and gives it a cleaner and cooler feeling.

Where did the bong come from?

A lot of studies show that the term “bong” comes from the Thai noun “baung” Baung is a direct translation for a bamboo tool that locals primarily use for smoking. While joints are the most common way of blazing up, the use of water pipes is actually the traditional way of early weed consumption.

Early civilizations such as the different Chinese Dynasties and African tribes would often carve up wooden or clay bongs. The way these are made are no different from what we have today.

THE ANATOMY OF A BONG: WHAT DO THEY LOOK LIKE?

In the most simple terms, it would generally require two things in order to work: a bowl and a tube/chamber. These are the two main parts needed in order for the bong to produce smoke, just like an ordinary smoking pipe.

However, most bongs for marijuana will also need water, hence the name “water pipe”. But today, there are all sorts of different parts that make up the anatomy of a bong. All these work in synchronization to give smokers the best experience possible.

Here are the main body parts of a bong:

In addition to all of these, there are all sorts of different parts that some bongs come with. We have the percolator, which also filters the smoke after the water. An inline is a horizontal tool that catches any stray ash from falling into the water. The splash guard protects the tube and prevents any water from travelling up into the mouthpiece.

THE DIFFERENT TYPES OF BONGS:

While all marijuana bongs will usually look and operate the same, there are actually different kinds available! In fact, people have come up with ways to make a water bong out of anything. These can come in aluminum, glass,  wood, ceramic, and even silicone!

We have seen celebrities such as Wiz Khalifa make a bong out of a water bottle. In a lot of movies, things such as apples and fish tanks have even been transformed into bongs!

Here are some of the different types of bongs based and how they are unique from one another:

This commonly used type of bong is, by far, the most iconic and familiar one on this list. With a beaker base, this helps it stay stable and upright. It also allows for an ample space for the water chamber to sit on. The spacious design also gives owners the opportunity to install percolators and inline to improve the performance of this bong. 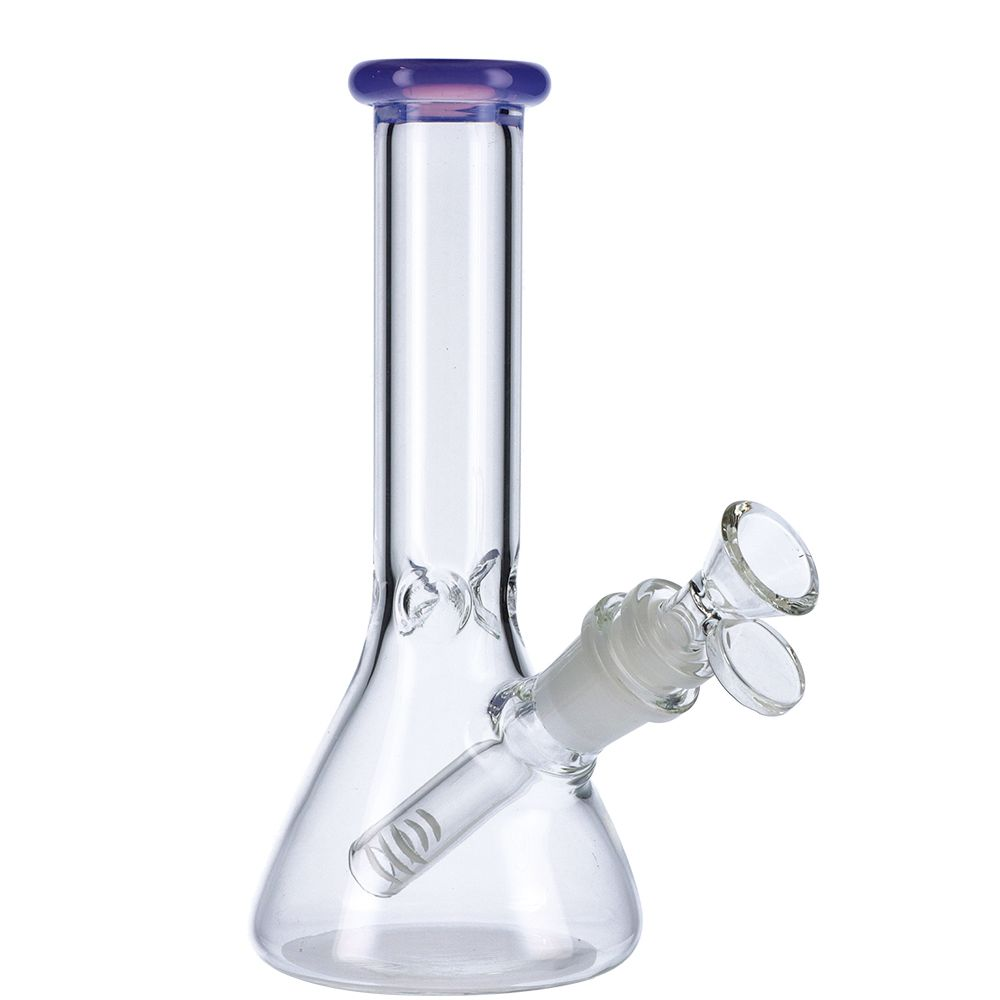 A perc bong is one of the more advanced forms of bongs that are available today. As the name suggests, it will have a lot of percolators built into its body. The presence of numerous tree percs and filters will naturally allow the smoke to be much smoother and cleaner. These filters allow the smoke to cool down, which gets rid of any hotness and dryness in the smoke that might cause some strong irritation. It can be quite expensive but percolator bongs are truly “state of the art”. 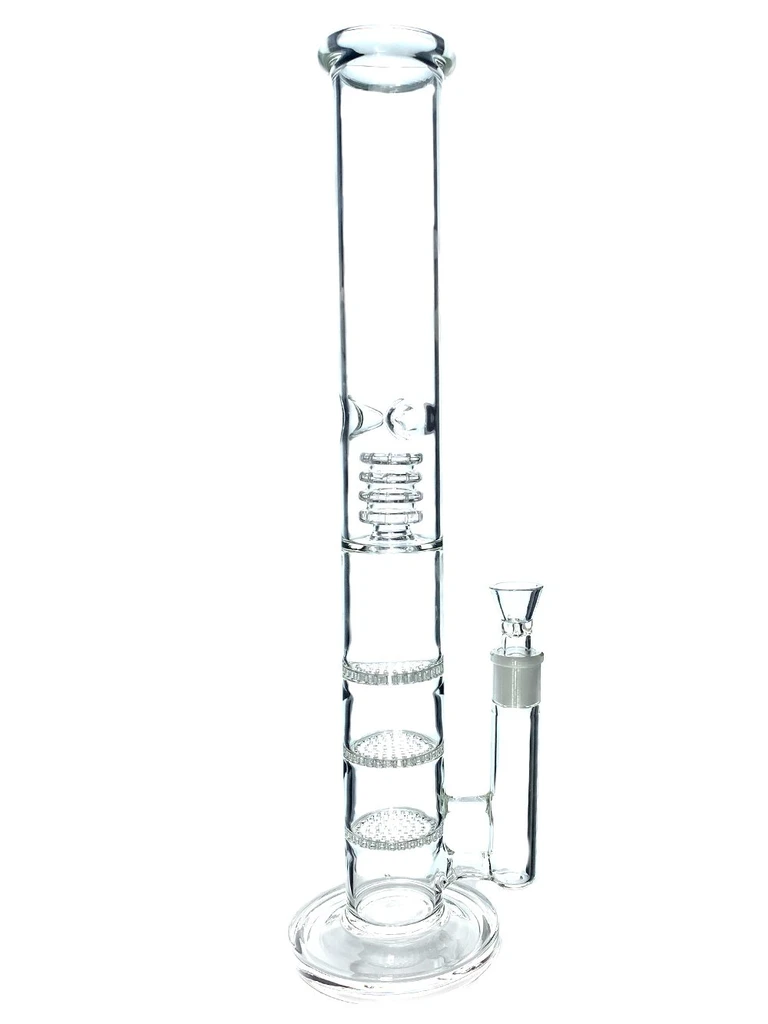 Who says bongs don’t come in portable versions? The bubbler, as most people would call them, is a very handy bong with a simple structure. While nothing really gives it an advantage in terms of performance, bubblers are basically traveller’s bongs which you can take anywhere! They are great for parties and smoking sessions because of their portable sizes. Bubblers work just like anormal bong would. There is a bowl, a pipe, and a water chamber which is pretty much all you need to smoke through it! 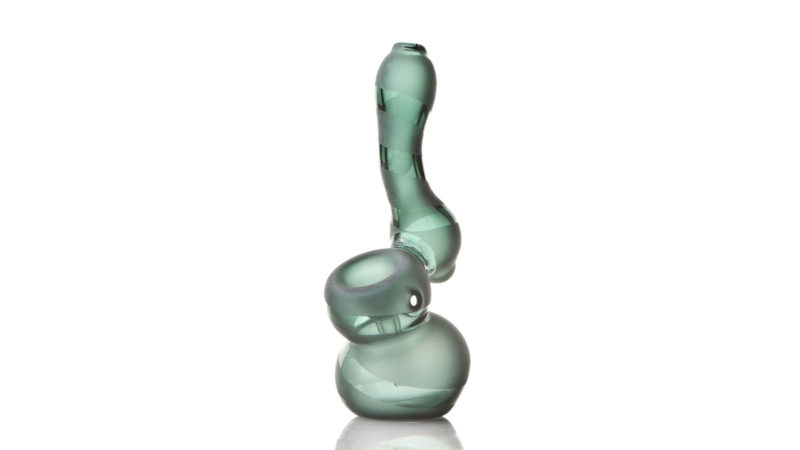 If you are feeling a bit fancy to begin with, then go ahead and buy yourself a multi-chamber bong. From the look itself, you can conclude that this type of bong is the most advanced type that you can get. And from the way it works, the same is just as evident! Multi-chamber bongs will generally give the best performance and smoothest/cleanest hits from any bong. The ultra thick materials that they are made of also guarantee a high durability. An example is the Salvager Bong.

The complex structure consists of up to three different chambers that smoke travels through before reaching the mouthpiece. As smoke passes through these, smokers experience only the creamiest and coolest inhale that they can get. They will, however, come at a hefty price! Some may start for as low as $100 each. 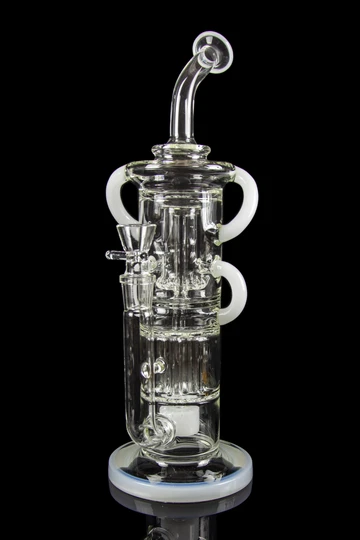 You must have heard of dabbing before. While some consider it as a separate way of smoking weed, a dab rig generally works just like a bong! The only known difference is that dabs usually make use of cannabis oils and hash instead of the usual weed buds. Dab rigs also come with a dab tool and/or a torch lighter that helps melt the concentrates and produce smoke through the bowl.

Dabbing is a sort of advanced form of marijuana consumption that a lot of people have developed an interest in. Keep in mind that dab rigs should be made with exact specifications. Not all materials are capable of handling the heat that dab rigs produce. 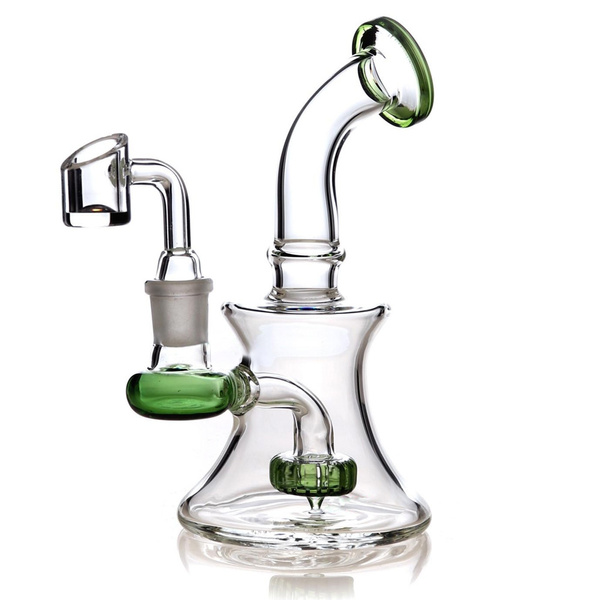 CONCLUSION: WHY SHOULD I USE A BONG?

Using a bong offers a lot of new and unique ways of getting frosty. The most attractive feature that a bong gives is probably improving the whole smoking experience. With a lot of cleaning and filtration that helps the smoke improve, users will get a vastly more enjoyable high out of bongs. This all comes without having to forego any of the quality that bongs and dab rigs bring.

There are many different kinds of bongs that people can try out! If you are a beginner, opting for a cheap bubbler should do the trick. If you are a long-time cannabis user, then you might find the most enjoyment with a multi-chamber bong! There are many factors that come into play when choosing a bong. Ultimately, it will depend on what you are looking for!

But how much do you actually know about a bong? Throughout the years, there have been countless innovations and breakthroughs in the marijuana world. As such, various kinds of bongs are available that come in all shapes and sizes. People definitely have numerous options when picking the right bong for their smoking needs!