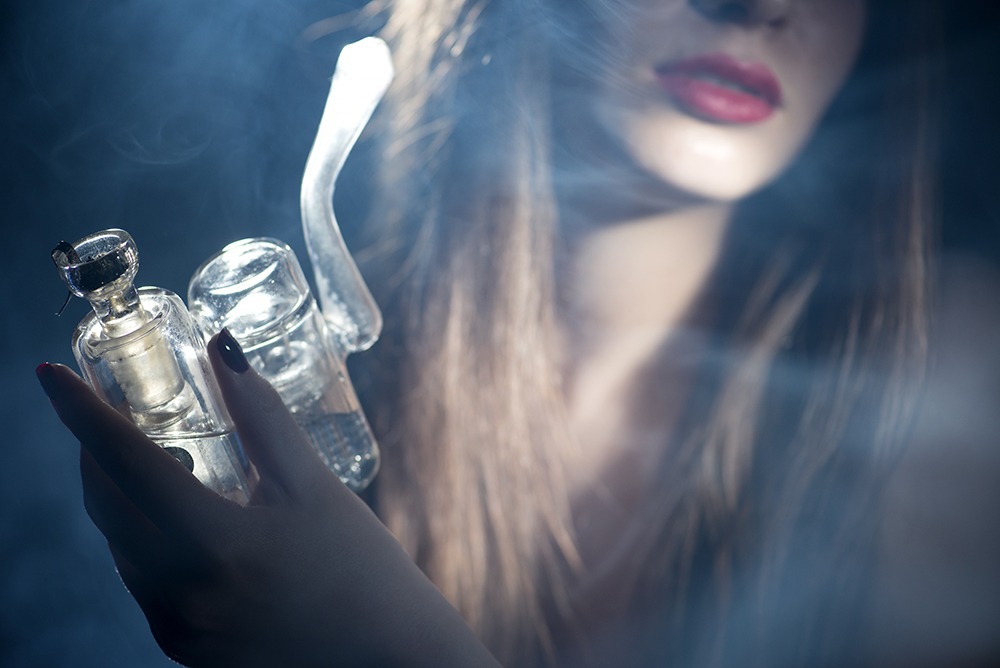 Bongs are one of the most likable method to smoking marijuana. It also easy to do, you’ll feel less the harshness and the dangers of the smoke of the weed. Unlike a typical joint, this method is most preferred by a lot of cannabis users.

The biggest benefit to using a bong to smoke weed is that the water acts as a filter which removes a lot of the particulates and “cleans” the smoke. This makes it much easier on the lungs.

There are different types of bongs. There are simple homemade bongs and there are those high-end glass bongs that are being sold online or through your local stores. But whatever type of bong you have, all bongs have the same basic mechanism for using it.

Get a glass of bottled or even tap water and pour it on the mouthpiece of the bong. Fill the bong up such that the water won’t get at least 1 more inch above from the down stem of the bong.

Chopped the weed into fine and very small pieces as needed. You could use a grinder or just do it by yourself using a knife or scissors. At least, each piece should have a maximum length of about 0.5 cm (0.2 inches) for utilization.

You can also use dabs in bongs. They are a perfect combination. Dabs are the THC laden wax that is extracted from marijuana. If you have never made dabs before we wrote a quick guide on how to make your own shatter dabs.

The bowl is basically the funnel-shaped piece that is located on the edge of the down stem of the bong. At the point, you will put your weed. Often the bowl is detachable, make sure to put the fine pieces of weed so that it isn’t crowded or clogged. Use a paper clip or anything to loosen up the weeds that are severely packed.

Make sure to place a grip on your hand around the smoking chamber. Put your mouth in the mouthpiece of the bong. Expand and encircle your lips in such a way that it will cover the entire opening area of the bong. Nonetheless, it is important to keep smoke from getting away. Using your other hand, light the weed in the bowl through the lighter. It is best to tilt the bong to make things easier as needed. Then, inhale slowly as you light the bowl. As you inhale, you’ll notice that the smoke chamber will turn cloudy. Stop lighting the bowl if you are satisfied with the smoke you’ve inhaled.