Home » Blog » What is Cannabis Cultivar? Terminologies for Marijuana

What is Cannabis Cultivar? Terminologies for Marijuana

For many years, people have been developing strong levels of interest in the use and cultivation of marijuana. With the cannabis industry slowly rising in the world, we learn all kinds of things about weed! Topics such as the phenotype, genotype, gender classification, and even growing methods are no longer foreign to a lot of us here. But what about “cultivar” and the other terms used? How much of your knowledge about marijuana is actually right and the terms we use.

Throughout the many years that people have associated themselves with cannabis, they have been throwing around words and terms that are being used incorrectly. For example, a rather confusing and annoying debate is whether the word “cultivar” means the same thing as “strain”. But as complex as things might get, it is worth noting that they are not completely the same.

Here, we learn the difference between what a cultivar and strain is. Additionally, we are also going to highlight some other cannabis terms for people to understand!

Here in the world of weed, there is no doubt that the term “strains” is use to refer to the different variants of marijuana that we grow and use. As we enter local weed dispensaries or browse through online seed bank libraries, the first thing that we usually check for are the available marijuana strains that they have to offer.

But unfortunately, this isn’t exactly what we would consider as “correct”. While the difference between cultivars and strains lies more in the biological aspect of the cannabis plant, it is still important to familiarize yourself with the two. While we don’t see people actually interchanging the word “strain” any time soon, learning about cannabis cultivar is a great way to broaden your knowledge about all things marijuana!

Cultivar, which is short for “Cultivated Variety”, refers to a botanical category of plants that hold distinguishable and unique characteristics among themselves. These qualities and traits that they carry are direct results of the genetic structure (genotype) and environmental conditions (phenotype) that they are expose to.

A lot of people are familiar with the two primary kinds of consumable marijuana: the Cannabis Indica and Cannabis Sativa. While these two refer to plants with entirely different characteristics, they aren’t what we call cultivar. Instead, the cultivar of cannabis is a much more specific type of classification that literally carries its own unique traits. Some examples of cultivar (or what we know as strains) are the Original Skunk, OG Kush, Blueberry, White Widow, and Northern Lights. 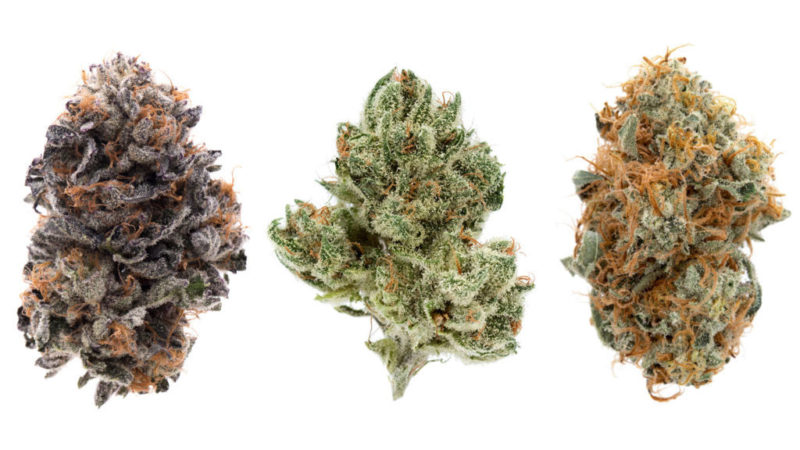 Is it only for cannabis?

With numerous DNA structures inputted via crossbreeding, there are hundreds of cannabis cultivars available today. And it is important to remember that cultivars aren’t exclusive to just marijuana! All other crops have a set of cultivar. Each of them have names to distinguish them from one another and each specific cultivar is registered with the International Cultivation Registry Authority.

As you can see, it is a term that generally stems from Botany. A lot of scientists use it to group certain varieties of crops together. Cherry tomatoes and Heirloom tomatoes are one classic example of different cultivars in one plant.

Strains, on the other hand, are what we thought a cannabis cultivar is. But instead, it actually refers to something different. While it is not a term that is often use for Botany and other studies of plants, it is a term instead extensively use more for Virology and Microbiology. The influenza strain or even the coronavirus strain is actually a correct way of using the term.

But how exactly does this translate to the cannabis industry? For botanical purposes, “strain” is often refers to the alterations of the genetic structure in a plant through breeding. But despite this, people in the cannabis industry have still use the term “strain” to refer to the different varieties of marijuana that they can get.

While it isn’t wrong to do so, the inaccurate use is something that developed through the constant use of it. As such, it is the widely accepted term and will seemingly continue into the far future.

Indica and Sativa: Classification of Weed

While there are different terminologies that refer to all sorts of things, the classification of marijuana is something that remains unchanged. We have here the three (3) main subspecies of cannabis: Indica, Sativa, and Ruderalis. Ruderalis is a much less common type of weed. It will only provide autoflowering genetics and is rarely use by itself for consumption.

Each of these subspecies will generally contain unique traits and qualities that give them specific profiles. All three of them belong under the Cannabaceae Family of plants. From their places of origin to the way they grow or even their effects, the subspecies of cannabis give growers and smokers numerous options to choose from!

The cannabis indica variety was first discovered by a French botanist known as Jean Baptiste-Lamarck. During one of the many expeditions that he took to the Indian Subcontinent, he came across another type of cannabis plant. Unlike the already existing and domesticated Sativa and Hemp, this one displayed a much more bushy and short plant structure.

In order to avoid any confusion from other cannabis subspecies, scientists officially registered and classified it as the Cannabis Indica, a name that references its place of origin, in the year 1785. Upon further studies, many people found that the cannabis indica was indigenous to places in South and Central Asia. The most notorious place of origin for this type of cannabis is the Hindu Kush Mountain Ranges.

Cannabis indicas develop into short and shrubby plants. Their stout structure allows them to grow in smaller gardens and even indoor setups. They also have very dense and compact sets of leaves. Indicas glow a dark green color that, when place under slightly colder environments, some subtle hues of purple appear.

They are extremely easy to spot due to the broad shape of their leaves. Indicas can also withstand damp and moist environments better than others, which makes them highly resistant to molds and infestations.

An indica will induce a much more physical and stoned effects. A feeling of deep tranquility and a sense of calmness is experience throughout the whole body. While it can be cerebral as well, it leans a lot more towards being relaxing and even sedating!

If consumed in large doses, you may even experience some strong sensations of couch lock. This numbs the body and keeps your immobile for long hours. This is a great way of chilling out during the night.

The cannabis sativa was used much earlier in the history of mankind. While it wasn’t classified and registered as such until the year 1753 by Swedish botanist Carl Linneus, many people believed that the Sativa strain and Sativa L. (Hemp) was extensively used by some of the first civilizations of man. It was widely used for traditions and was a big part of the cultures that formed across the whole world. The psychoactive effects were regarded as being the work of deities while the fibres and seeds of these were used for industrial and nutritional purposes.

It was highly common for people in Mediterranean and Asian countries to domesticate the sativa plant. Places such as China, Thailand, and Africa are the main locations where sativas are believe to originate. Up until more recent times, the use of Hemp paved the way for the Industrial Hemp Era.

Sativa plants grow into very slender and high plants. Their thin and narrow structures make them great for outdoor gardens. Additionally, they are much more demanding when it comes to sunlight so a more natural and wild environment is a key factor for cultivar under this subspecies. Unlike the indica, sativa plants are much more loose and airy. Their open structures allow a constant flow of air and light to reach their leaves.

Sativa plants also carry much thinner and hand-like leaves. They are not as compact as indicas, which makes them easy to spot. Additionally, this type of plant also displays a much brighter and light shade of green. In some cases, it shows a nice streaks of yellow.

Sativas have a lot more energizing and upliftingeffect, on the other hand. The trippy and ecstatic feelings you get will make you feel more “high” than stoned. As such, sativas lean more towards inducing cerebral effects that increase your mood, creativity, productivity, and energy.

These cultivars are also a lot more psychedelic and mind-altering than indica strains. You might experience hallucinations from stronger varieties, as well. It is highly, a more social strain that is often use during the day.

What are Hybrid Cultivar?

Hybrids are essentially the cornerstone of cannabis today. With hundreds and hundreds of different choices available in the market, you can get all sorts of effects, flavors, and smells! Now, how a hybrid turns out will depend on the parent strains used. There is no exact way that a hybrid will turn out as you can have all sorts of genetic codes inputted into a single strain via crossbreeding! 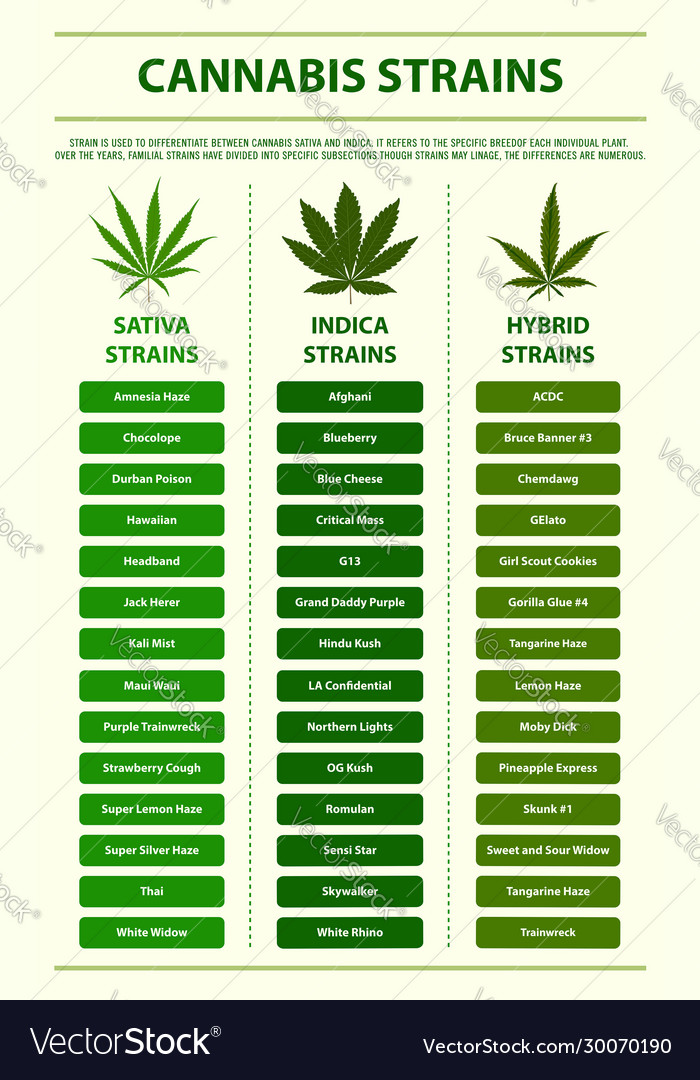 Other Marijuana Words and Terminologies

Now that we cleared up the “Cultivar vs. Strain” debate, there are a few other terms that can get confusing. In this section of the article, we will try to provide you readers with the most simple and easy-to-grasp definition of each word that you might frequently run into! Now, let’s begin:

and here is more….

Now that we know about the different terminologies used in the cannabis industry, you may no longer need to feel confused when running into them. The word “cultivar” will generally refer to what we always considered as “strains”. But whatever we do choose to call them, growers and smokers alike are sure to have a number of choices to pick from!

Apart from these terms, there are also a few other words above that we define for you guys. As you will undoubtedly run into them in the near future, it is always best to have a brief understanding of the weed language that people use so often!