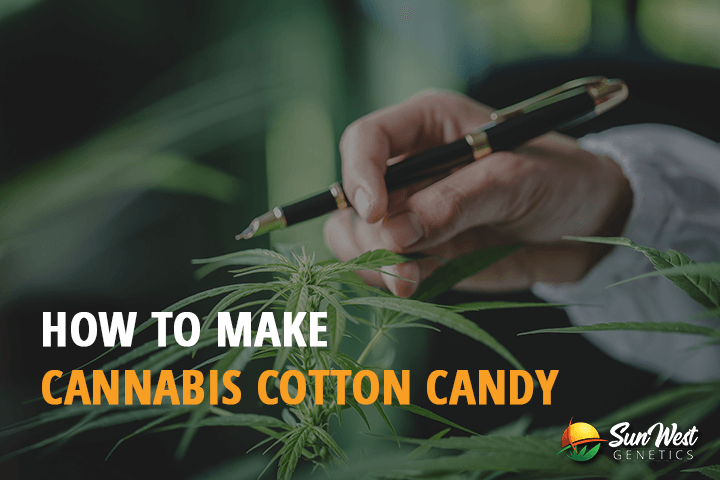 As cannabis legalization continues to win victories on a state-to-state basis, the industry surrounding it continues to grow. With an approximate 55 million Americans being regular cannabis users, it will come as no surprise when the marijuana market actually hits the projected $100 billion revenue by 2022.

One cannabis trend that has been making waves recently is the introduction of CBD or THC edibles. It seems that new cannabis products are making news every other week, with certain products more popular than others.

THC is the main psychoactive compound that makes people feel “high.” It is the foremost well-known cannabinoid of the cannabis plant’s components. THC binds with cannabinoid receptors in our brains to control our emotions, mood, cognition, learning, motor functions, and even pain. CBD, which later rose to mainstream attention in 2013, works similarly, but it does not cause the typical characteristic high associated with THC. In fact, it is shown that CBD actually stops or blocks the high associated with the THC cannabinoid. It is touted to having a mellowing and sedative effect.

Medical benefits of THC include alleviation of pain associated with multiple sclerosis, Parkinson’s disease, and glaucoma. It is also known to effectively treat insomnia, muscle spasticity, and low appetite, among many others.

CBD also has its own medicinal values. It helps with Crohn’s disease, diabetes, depression, stress, migraines, and arthritis, among others. Recently, the Food and Drug Administration or FDA has approved Epidiolex, a CBD-based drug, for the treatment of several forms of rare epilepsy.

Both cannabinoids are used to treat aches, nausea, and anxiety.

These two compounds can enter our bodies in a number of ways. It can be smoked, vaped, ingested, or applied through the skin as oil or balm. In that context, the possibilities of products derived from cannabis are endless.

When the first cannabis-infused edibles were introduced, the revenues were only around $1 billion in both the US and Canada combined. Since then, its growth has been moving at a rapid pace, and it has now become mainstream with a massive and faithful audience. From CBD-derived beverages to gummy bears and the go-to baked brownies, the cannabis edibles market is forecasted to continue moving forward, reaching up to $4.1 billion worth by 2022 globally. An ArcView report discussed its eventual superiority over smoked marijuana in terms of revenues and the number of users.

The gummies continue to dominate the market of ingestible cannabis. During the first four months of this year alone, gummy sales reached up to $115 million. That is 39% of the total cannabis edible dollar sales. Its competitors, like tinctures and mints, did not even meet half the sales of the gummies.

Before the gummies, however, cannabis-infused chocolate bars once dominated the market. They made up a large portion of the market when they first emerged in 2014. Nowadays, they have been trailing behind the gummies. In fact, the chocolate bars reached just $25.5 million in sales for the first four months this year. The reason for this shift in enthusiasm is rooted in a number of different reasons. Gummies do not melt, for one. Chocolates do, and this can cause a lot of headaches for people who want to travel and be discrete with the products. Gummies also come in pre-measured individual servings, compared to cookies and chocolates, where you need to break off pieces so as not to overdose. Moreover, gummies come in a number of different flavors that are suited to an individual’s preference. The survey shows that mixed fruits have been consistently the most popular flavor, followed closely by watermelon.

Why Many People Prefer Ingesting Cannabis Over Smoking Them?

Prevents Coughing During the Healing Process

Many people opt to consume cannabis instead of smoking it for a variety of reasons. For one, patients who have recently undergone surgery would want to avoid coughing that is oftentimes a result of smoking. Coughing can interrupt the healing process for any kind of operation. These patients turn to edibles to enjoy the same benefits of marijuana, sans the coughing. Several studies have shown that cannabis is an effective and natural alternative to strong pain killers.

Another reason why many people prefer edibles is due to the fact that these products and their packaging often look very similar to the actual non-marijuana variant. They also tend to smell less pungent as compared to when smoking the bud. Cannabis edibles allow for discretion and privacy, which is very important in our modern world.

Comes in Measured and Consistent Doses

The amount of THC in edible marijuana products, however, can vary a lot. This has caused some adverse effects, especially on individuals with low tolerance levels who might be caught off guard by the stronger potency in the edibles. The good news is that with the legalization of marijuana, many reputable companies assure consistently and measured dosing.

Compared to smoking marijuana, edibles offer a high that is long-lasting. Some reports say that it can uplift your mood up to more than six hours. This alone makes the edibles a preference for many cannabis users.

The most prominent difference between inhaling and ingesting cannabis extracts is the delayed onset of the effects during ingestion. Unlike smoking marijuana in which the effects are almost immediate, the high can kick in anywhere between 30 minutes to up to two hours when consuming edibles.

One of the newest cannabis edibles in the market today is the cotton candy. It is fluffy, sweet, delicious, and melts in the mouth, making you wanting for more. It is the perfect childhood treat that can make your day at the carnival, amusement park, or anywhere else, for that matter, more magical.

The best thing about this edible is that you can make it on your own and the recipe is as easy as 1-2-3 :

The first cannabis-infused cotton candy debuted commercially in San Diego, California, last February of 2017. Ever since it has garnered a number of faithful following. The product contained up to 100 milligrams of THC – that is ten times more than the average serving. It also came in a variety of flavors : rose, watermelon, lavender, and apple. Lastly, it boasted of non-GMO, gluten-free, and organic sugar crystals. Every key term that the greater population would like to see in a product was made available in the cotton candy.

Legal cannabis-infused edibles are sector worth watching over the next few years. A number of active companies have already made a move to create their own products that promise euphoria as well as peaceful relaxation.