Home » Blog » How Much Is an Ounce of Weed: A Guide to Weed Pricing

How Much Is an Ounce of Weed: A Guide to Weed Pricing 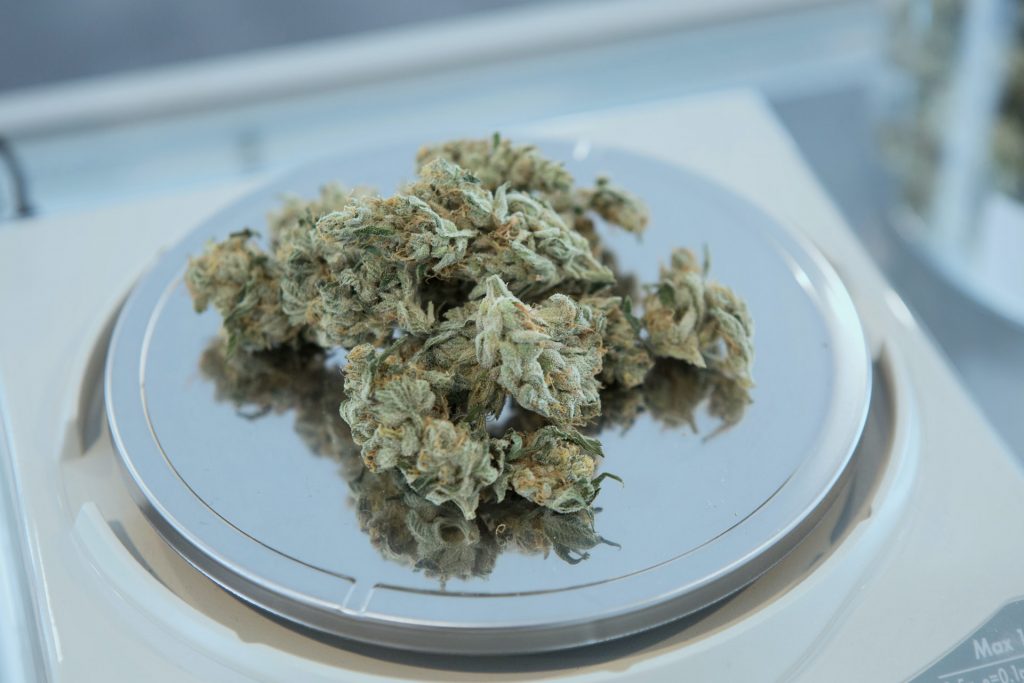 Have you ever wondered how much is an ounce of weed? Is it better and cheaper to buy cannabis locally or online? It’s natural to have these questions when you’re new to buying marijuana. This guide will help you understand the regular price of weed and the possible factors that affect the rise and fall of weed prices.

How much is an ounce of weed per weight?

The price of weed depends on how much you can get from it, for example, how many joints can you roll from an ounce of weed. According to the latest reports that determine the size of a joint also varies. In one study, the average weight of weed inside a joint is about 0.32 grams while some cannabis users say that it’s a gram of weed in one joint.

According to experts, the amount of weed in a joint depends on a smoker’s needs or preferences. But if you were to get an average, a medium-sized piece will have about 0.5 grams of weed.

The cost of weed per gram

The cost of a gram of weed sold in dispensaries depends on $10 to $15. This price depends on where you’re located and the quality of the product. Based on recent weed prices in different markets, prices remain low in Oregon City as well as in Seattle. In these cities, weed per gram costs around $6.75. Meanwhile, a gram of weed can cost around $7.15 in Colorado. In Washington D.C., weed per gram is sold around $18. And in Canada, the price is around $9 on average.

How much is a gram? To make an estimate, a gram of cannabis is about the size of a quarter to a half-dollar. A gram is the smallest amount that you can buy from a dispensary. You can roll 2 joints in a gram of cannabis.

A gram may not be that much but it’s the usual amount that most users use to test a new strain. It is also used to test the effects of a medicinal strain but it’s known as the costliest way to buy cannabis.

The cost of an eight of weed

The price of an eight is around $30 to $35 on average. For high-quality weed, an eight of this strain will be around $40 when you purchase in Alaska and about $65 in the country’s capital. For low-end weed, expect to pay around $23 when you’re in Seattle or Oregon. Canadians can buy an eight of weed at $28.

Have you seen an eighth of weed? It’s the next measure from a gram. It is an eighth of an ounce and weighs around 3.543 grams. But when buying cannabis, buyers and sellers simply refer to an eight of weed as 3.5 grams. Also, eight of weed can roll approximately 7 joints.

The cost of a quarter of weed

A quarter of weed is from $65 to $75. The price may vary on the location and some states sell a quarter is below the average rates. For example, in Colorado, Oregon, and Washington, the prices of a quarter of weed are $50, $46, and $48 respectively.

A quarter is a quarter of an ounce at 7 grams. When a joint is a half gram, a quarter of weed will yield 14 joints.

The cost of half an ounce of weed

If you’re wondering how much is an ounce of marijuana, this is 14 grams. With this much weed, you can roll around 28 joints at 0.5 grams of weed per joint.

How much is an ounce of weed?

An ounce of marijuana will be from $230 to $380. The price of an ounce is much more in Alaska, New Jersey, and New Hampshire with prices that can reach $300. When you shop in Washington D.C., expect to pay around $500 per ounce.

So how much is an ounce of weed? An ounce is 28 grams of buds. An ounce is also the most popular quantity of weed that customers buy from dispensaries. Usually, customers buy weed an ounce at a time to be able to cut costs. It is the maximum amount that anyone can legally buy and possess at one time. You can get as many as 56 joints at 0.5 grams each

Factors that affect the price of cannabis

Cannabis can be very expensive. The price of weed relies on son several factors and may include the following:

Taxes imposed by the government

Legal cannabis is very expensive because of government taxes. Cannabis companies in the United States are subject to taxes from 30% to 70%.

Consider Section 280E of the Federal Tax Code states that any company that’s selling controlled substances is prohibited from any tax breaks such as employee expenses and rental of business space. Cannabis is federally illegal and these taxes can make legal cannabis very costly to run.

The expensive income tax rate is determined according to the qualifications of every company and their deductions as well as income rates. There is a law that was set to prevent drug traffickers from receiving tax breaks. These are prices paid by none other than the company and thus can get passed on to customers which further balloon the final costs of marijuana just to cover the operating costs of the company.

Meanwhile, the city and state taxes also affect the price of weed. These rates may vary depending on where you’re located.

Washington D.C. has the highest tax rates with an additional 37% when the product is sold. Aside from this, excise taxes may differ from one city or county to another. Alaska does not charge any sales tax but there is a cultivation tax of $50 per ounce. Cultivation taxes are rates paid per ounce or by the pound according to the company or the wholesaler.

And aside from all the marijuana taxes, state sales taxes will also apply and of course, this will add to the final price of weed. And when it comes to Canada regulations, the taxes are similar but not completely the same. In the country, the market is dominated by the government. Taxes are about $1 per gram of weed or around 10% of the price.

The location, labor costs, and the shipment costs are also considered. Aside from the taxes, logistical factors may also affect the overall cost of weed at the dispensaries.

Consider that weed grows better in climates that are warm and humid and in these areas, weed products are cheaper. Meanwhile, countries that don’t have the climate conducive to growing marijuana may have expensive production costs as they need to construct and maintain indoor growing areas.

Producers and cannabis products distributors also consider labor costs. This is the cost to ship and deliver products to their final location. Usually, the shipping and labor costs are considered when cannabis shops set a price for their various products.

The quality of the cannabis product is a huge factor that affects the total cost of weed. When quality is considered, several factors are in play like the number of trichomes, bud density, the color, and the aroma or smell of the product.

Possibly the most important factor that determines the quality of weed is the potency. This means the amount of CBD or THC in weed. CBD (cannabidiol) is the therapeutic cannabinoid in marijuana while THC (tetrahydrocannabinol) is the psychoactive component of cannabis.

To go deeper, the quality of cannabis products is also determined by different factors such as the method used to grow the plant, the expertise of the grower or manufacturer, the growing conditions, and the different strain types. Each type of strain has unique qualities and these such as terpenes and cannabinoid levels will yield different qualities that may appeal to different users. Usually, very popular cannabis strains are very much in demand because of their quality.

For outdoor-grown cannabis, the quality of the final product is mostly affected by the growing environment. And to decrease the possible risks due to weather changes, most outdoor growers are turning to indoor growing so they can control the quality of their products better.

Indoor growing of cannabis is very expensive compared to outdoor gardens. An indoor growing area requires additional growing equipment such as plant nutrients, grow lights, humidifiers, and fans. Most equipment incurs more utility costs to be able to grow better, high-quality plants. And of course, indoor growing areas need additional labor as the growing facility must be maintained. All the costs are passed on to the customer by higher prices of cannabis products.

Possible competition on where you’re located

Another possible factor that affects the cost of weed is any competition where you’re located. This applies to all types of businesses, not just in the cannabis industry. In a city where there are several cannabis dispensaries, stores may offer discounts, special deals and sales to attract customers. Some may offer seasonal deals and amazing offers like free deliveries, gifts, and free products.

But if there is only one cannabis dispensary that serves the city and nearby areas, expect the price of weed to soar. The company may monopolize the sale of cannabis and sell products at a very high price.

It’s hard to determine the street price of cannabis. In cities located in the southern US, a quarter ounce of weed costs around $65 while in northern cities, prices can be very cheap. This is because black market weed has no taxes or any regulations that can decrease the price.

Street weed is also very affordable because the quality of the product is not tested, is unreliable, and has very low amounts of THC or CBD. Street marijuana may also be dangerous to health as these may contain harsh chemicals, various THC, and pesticides. Some black market sellers lace their products with synthetic THC products, laundry detergent, and other toxic materials.

To ensure that you’re getting the ideal price, call the local dispensary in your area and compare the rates from different dispensaries.  If you want to know how much is an ounce of weed in our city, ask around. Check out tax regulations in your locale and understand the rate to get a good understanding of how taxes affect the price of marijuana. Remember that there are a sales tax and a local city tax that’s a part of the total amount you pay. Consider that cannabis regulation is created at the local level, prices may change from state to state. There is no national scale to control cannabis prices in the United States, Canada, and other countries. And if you’re still not satisfied with the high costs, you might consider growing your cannabis instead