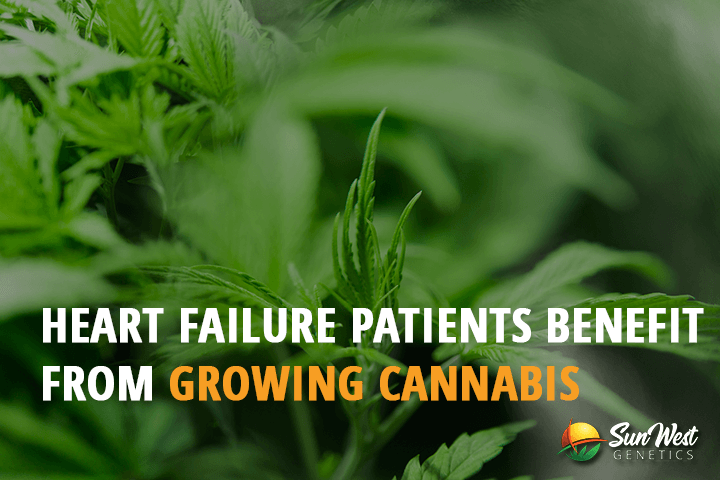 Cannabis is a universal term used to indicate the several psychoactive preparations of the plant Cannabis sativa. The primary psychoactive component in Cannabis is ∆-9 tetrahydrocannabinol (THC).

The Mexican term ‘marijuana’ is often used in referring to cannabis leaves or other crude plant material in many countries. The pollinated female plants are called hashish. Cannabis oil is a concentrate of cannabinoids acquired by the solvent extraction of the coarse plant material or the resin.

Numerous studies have confirmed the therapeutic effects of cannabinoids for nausea and vomiting in the advanced stages of sicknesses, such as cancer and AIDS. Dronabinol (tetrahydrocannabinol) has been available by prescription for more than a decade in the USA.

Other curative uses of cannabinoids are being proved by controlled examinations, including treatment of asthma and glaucoma, as an antidepressant, appetite stimulant, anticonvulsant, and anti-spasmodic, research in this area should continue.

For instance, a more fundamental study on the central and peripheral mechanisms of the effects of cannabinoids on the gastrointestinal role may improve the ability to alleviate nausea and emesis. More research is needed on the essential neuropharmacology of THC and other cannabinoids so that better therapeutic agents can be found.

Scientists are also carrying preclinical and clinical trials with marijuana and its extracts to treat symptoms of illness and other ailments, such as:

As stated, there are a lot of therapeutic uses for Cannabis. Now, we will examine if heart failure patients can benefit from Cannabis.

Role of Cannabis in Cardiovascular Disorders

Cardiovascular disease (CVD) is a universal epidemic representing the leading cause of death in some Western countries. Base on the American Heart Association, an equivalent of 92.1 million US citizens currently have forms of CVD, with figures anticipated to rise to 43.9% of the US population by 2030. In the year 2013, 17.3 million people died due to CVD, and the quantity is anticipated to rise to at least 23.6 million in the succeeding 15 years.

Given its unhealthy and economic weight, there is a striking demand for both mechanistic insights into CVD and the development of roads for therapy. The endocannabinoid system is upregulated in cardiovascular ailment states, and cannabinoids in general influence disease improvement. Moreover, there are contradictory indications as to whether therapies directed at the ECS or exogenous drugs derived from marijuana could have a therapeutic impact in CVD.

Recent papers from the CARDIA (Coronary Artery Risk Development in Young Adults) cohort study concluded that there is no significant association with marijuana use and CVD or atherosclerosis risk. Moreover, in the CARDIA study looking at the association of using marijuana to atherosclerosis, only the subjects that smoked both Cannabis and were tobacco users showed an associated risk with subclinical atherosclerosis.

CV toxicity of marijuana can be viewed as a consequence of 1 or more of the following:

Aside from one containing THC and the other nicotine, the composition and toxicity of marijuana smoke are qualitatively similar to that of cigarette smoke. Marijuana smoke exposes the smoker to even more of some toxicants such as ammonia and cyanide than cigarette smoking. Smoke exposes the high smoker levels of oxidants, particulates, numerous toxic volatile organic chemicals, and carbon monoxide.

Although these mechanisms and adverse events are most extensively described in active regular cigarette smokers, the same acute CV effects are also seen acutely in people who smoke only occasionally and in the context of second-hand cigarette smoke exposure. A case-crossover study supports the idea that smoking a single marijuana cigarette can acutely trigger myocardial infarction.

Effect on the Cardiovascular System

One of the fewer things scientists comprehend for sure about Cannabis and cardiovascular health is that people with verified heart disease who are under stress evolve chest pain more quickly if they have been smoking Cannabis than they would have otherwise. This is because of the complex effects cannabinoids have on the cardiovascular system, which includes increasing resting heart rate, dilating blood vessels, and the heart pump harder.

Some research suggests that the risk of heart attack is several times higher in the hour after smoking marijuana than it would usually be, while this does not pose a critical threat to people who have minimal cardiovascular risk.

Although the evidence is weaker, there exists a connection to a higher risk of atrial fibrillation or ischemic stroke immediately following marijuana use. Consistent with these links, research by Dr. Mukamal and colleagues also suggest that smoking marijuana may increase the long-term death rate amongst heart attack survivors.

The Endocannabinoid as therapeutic agents for Cardiovascular Diseases

Endocannabinoids and cannabinoid‐related compounds may be an excellent approach as therapeutic agents for cardiovascular diseases. The endocannabinoid system plays an important role in the cardiovascular system. Under normal circumstances in healthy animals, modulation of the ECS has minor consequences and does not result in tonic changes.

In disease, however, the ECS is dysregulated, or dysregulation results in the condition. Reports are ranging from patient‐reported and anecdotal evidence through in vitro and in vivo studies and some clinical/epidemiological studies that suggest modulation of the ECS occurs during the development of CVD pathology.

This suggests a therapeutic potential in the modulation of the ECS. Endocannabinoids have essential effects on the cardiovascular system, and it includes complex mechanisms affecting the vasculature and the myocardium — also, autonomic outflow regulation through sites of action in the central and peripheral nervous system.

Modulation of the ECS has been suggested as a therapeutic avenue for various disorders of the cardiovascular system ranging from atherosclerosis and restenosis, hypertension, cirrhotic cardiomyopathy, to myocardial infarction, and chronic heart failure.

Smoking Cannabis has been linked with heart diseases, but in a surprising new result, researchers now suggest the drug may have benefits for people with heart failure. The researchers found out that, among patients with heart failure, when the heart muscle can not pump enough blood to meet the body’s usual demands, those who used marijuana were less likely to experience a complication called atrial fibrillation (A-fib). Atrial fibrillation is a sort of irregular heartbeat that can worsen heart failure signs.

A-fib can be both a reason and a consequence of heart failure, and the two conditions often occur together. Patients with both suffering from heart failure and A-fib have a poorer prognosis, and an extended risk of early death, compared to people with either of the conditions alone.

Few small studies have found a link between marijuana use and the development of A-fib. Researchers decided to explore this link further by examining an extensive database of hospitalized patients in the United States. Researchers analyzed the information from more than 6 million patients admitted to the hospital with heart failure between 2007 and 2014. Out of all of these, about 1,200 used to strain and were reliant on the drug about 23,000 used Cannabis but were not dependent upon it.

The conclusions made even after the researchers took into account factors that could affect the outcomes, such as people’s age, socioeconomic status, and use of other drugs. It is possible that prior studies found a connection between marijuana usage and an increased risk of A-fib because these studies were not able to take into consideration people’s consumption of other drugs that could increase the risk of A-fib.

It is not clear how marijuana might lead to a decreased risk of A-fib and mortality among patients with heart failure. Analyses in animals suggest that activation of cannabinoid receptors, which are found throughout the body and are activated by compounds in Cannabis, may reduce high blood pressure and atherosclerosis, which are both risk factors for A-fib, Adegbala said. Also, some studies found that cannabidiol, a compound in marijuana, may lessen inflammation in the body, which is also considered as a risk factor for A-fib.

Still, more research is required to explore how marijuana may reduce the risk of A-fib in heart failure patients, and precisely which components of Cannabis are responsible for this effect.