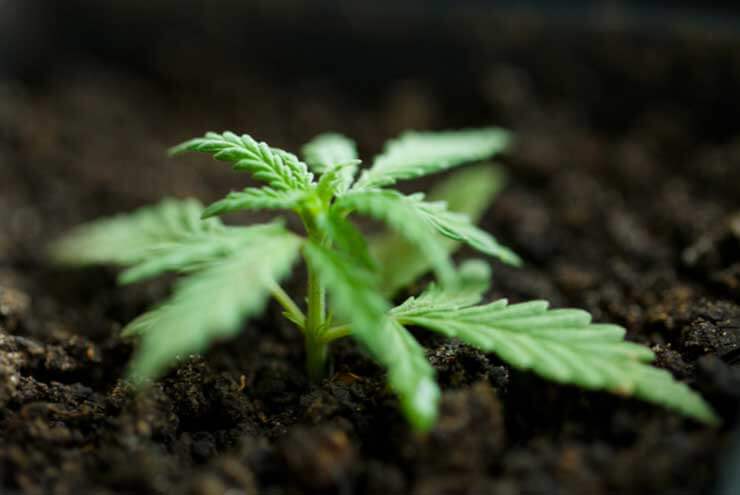 If you are reading this, then chances are you have finally leaped to start cultivating your cannabis seeds! After a while of contemplating whether or not this is something you want to do, you are bound to realize that growing cannabis seeds is not all sunshine and rainbows! It is an activity that can get pretty complex during some parts. In addition, marijuana plants aren’t what we would call the most “accessible” type of plant out there!

However, fear not! With a little learning and a whole lot of dedication, you can find yourself successfully planting cannabis seeds. First of all, you will need to understand the concept of cannabis seeds and what they are. You might think that they grow like any type of plant seed out there, but cannabis seeds behave a little differently from the rest of the pack!

The Nature Of Cannabis Seeds: Monoecious Vs. Dioecious

It does not take a genius to tell that cannabis seeds are the seeds that sprout cannabis plants. They appear as tiny, round-like structures that display a waxy outer shell and dark color. However, keep in mind that the appearance of cannabis seeds will depend on their maturity and quality (which we will discuss later).

Cannabis seeds produce marijuana plants that, like us humans, can be differentiated based on their sex or gender. This is a trait that is often split between agricultural organisms. While a lot of plants do not have this feature, a lot of others do! Marijuana plants will generally have male or female plants. However, that isn’t always the case! Feeling confused? Read along!

What Are Monoecious And Dioecious Seeds?

You will find these organs between the nodes of the stem. They manifest themselves in the form of pre-flowers right before entering the later flowering stages and after the vegging phase. For males, they will produce pollen sacs that will contain the tiny granules of pollen grains that spread throughout the gardens. Females, on the other hand, produce pistils which are long strands. In addition to pistils, females can generate sinsemilla, which translates to seedless flowers.

There is an unusual behavior often seen in cannabis plants (as well as in other types of plants). Although dioecious, there may be instances when cannabis plants will suddenly convert into a monoecious species! This is often termed hermaphroditism and is quite common for cannabis plants placed under a lot of stress.

Hermaphrodite plants will generally come in two main types: One will contain both the pistils and pollen sacs of a female and male plant. The other type of hermaphrodite plant will produce little elongated-shaped structures known as bananas. Regardless of what type they are, hermaphrodite plants are still treated in the same way as male plants in that they are discarded at the earliest time possible (to avoid pollination and retain the potency of female plants).

One other way of differentiating your cannabis seeds is by their ability to flower concerning their dependence on light. For the longest time, cannabis seeds were widely considered to be photoperiod seeds. This meant that they relied on specific lighting patterns (called a photoperiod) during the different stages of their growing cycles to properly adjust to the seasons and trigger the various reactions and processes of development.

Cannabis plants are naturally used to growing in an outdoor environment. Where the seasons and hours of daylight vary throughout the year. However, the lighting patterns can also be emulated indoors through the use of controllable lighting setups!

What About Auto-Flowering Cannabis Seeds?

It is not overselling to say that the whole landscape of cannabis cultivation drastically changed with the introduction of auto-flowering seeds! With a new type of seed being made available to growers, markets started innovating the cannabis seeds that they offered and began developing auto-flowering versions of different strains!

Where Do Autoflowering Cannabis Seeds Come From?

Autoflowering cannabis seeds get this quality from the Cannabis Ruderalis subspecies of marijuana. Originating from areas that displayed some extreme and harsh climates, the cannabis ruderalis was able to adapt to its environment. This ultimately led to the development of the quality we now know as auto-flowering.

Without having to rely on the fluctuating weather and unpredictable climates of their growing areas, these ruderalis genetics became fully capable of developing a very sturdy and durable type of marijuana plant! Of course, this later led to the crossbreeding of ruderalis genetics with other marijuana hybrids to create what we all know as auto-flowering versions of strains.

What Are Germinating Cannabis Seeds?

Now that we have discussed how the different cannabis seeds can be distinguished, it is time to discuss the basics of growing them. When cultivating cannabis seeds, the only two major steps that you will have to consider are buying the right seeds and germinating them. Anything else that follows will generally involve plant organisms that have sprouted from the cannabis seeds!

Speaking of sprouting, this is often termed germination. It is the process of transition into the seedling stage that cannabis seeds (or any seed, for that matter) undergo. With the use of separate growing mediums, it will take anywhere from 3 to 7 days!

Germinating cannabis seeds is extremely important as it jumpstarts the whole growing cycle of your eventual marijuana plants. Because it is the very first step that you undertake when cultivating weed seeds, the success of germination will significantly reflect the success of all the other procedures that follow!

How Do I Germinate Cannabis Seeds?

There are a lot of ways to germinate cannabis seeds. You can decide to germinate them directly into the soil or use some Rockwool first, as this is great for retaining water levels needed for germination. But the most followed and frequently used method of germination is the Paper Towel Method. This basically calls for a grower taking a few moist paper towels and covering their cannabis seeds with them. When placed under the right conditions, these seeds will start cracking open and sprouting all by themselves!

Regardless of how you choose to germinate your cannabis seeds, the three (3) most important factors that will lead to the success of the method are warmth, moisture, and darkness. Keeping these three at an optimal level will ensure the comfortability of your seeds. Regularly check the moisture levels and make sure that it is wet enough is also a major key!

If you plan on cultivating weed seeds, make sure that you do so with only high-quality ones! The outcome of your gardens will only be as good as the quality of the seeds allows them to be. If you start off with some complimentary bag seeds that look dry and pale, then you should not expect your buds to be all that great!

Make sure you get high-quality seeds. It is by sourcing from reliable and reputable marijuana seed banks and dispensaries! These shops are well-known for a reason. People would not be so fond of them if their products were not of good quality!

Here are the qualities that you should look for in fresh and healthy cannabis seeds:

To top it all off, we are going to discuss why many growers would rather opt for planting cannabis seeds rather than using clones for their gardens. Using clones has been quite popular among growers these days. As it will take less time to mature and the guarantee to have what you expect to grow, clones are a great path to take for marijuana cultivation.

However, numerous other points support the use of cannabis seeds, as well! Here are some of the main advantages of using cannabis seeds in your gardens:

More On The Advantages

Cannabis seeds are a gift from God! We should properly use them and make the most out of the benefits that they have to offer. This guide can help you gain a better understanding. Learn more about cannabis seeds and how the various classes differ from one another!

Take the time to browse through this article and see what type of cannabis seeds you should choose to cultivate. Remember to only use high-quality seeds to get the best results out of your gardens! It might seem complicated at first, but using cannabis seeds will truly be worth it!