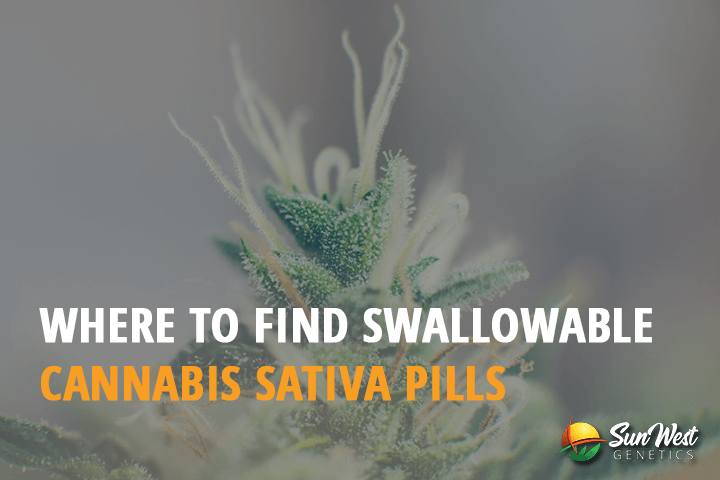 Marijuana Plants are so controversial and earned an infamous reputation in the world we live today. The Majority of the countries still consider these as illegal, hindering the goodwill and substantial Marijuana Economics for the world.

Because of these, there are groups of earlier Marijuana users who came up with the idea that to avoid the never-ending game of chasing cats and rats and to swipe away the law enforcers- the making of Cannabis Sativa Pills.

Getting to know Sativa

These plants were originally cultivated in Southeast Asia (Cambodia, Laos, Malaysia, Myanmar, Philippines, Vietnam and Thailand), Mexico and Colombia. They are adaptable to warm climates with longer seasons.

Sativas were also used as a source of fiber during historical times. Before the countries banned them, the hemp plants- a strain of Sativa weeds- are widely planted and utilized due to its strong fiber content and essence in economic aspects.

Notably, Sativa plants are effective stimulants. Their chemical Tetrahydrocannabinol (THC) gives people the stimulation to keep on being active, awake, creative, sociable and engaging. Most of the time, this plant is good for people experiencing the following problems:Pain

Cannabis Sativa plants have side effects after usage too:

Marijuana Strains such as Sour Diesel, Lemon Haze, Green Crack, Strawberry Cough and Jack Herer are some of the strains that stimulate its users.

Because Sativas produce optimism and creativity, they are appropriate for physically active people, Musicians, Artists and other working in the daytime.

Where to Find the Swallowable Pills?

To catch your attention, Swallowable Pills are available everywhere, most likely, in the places where Cannabis items are illegal!

Our forefathers have devised the art of pilling to make sure that Sativa’s THC supply will still exist in different regions of the world. However, we have to mature and consider living a legal life, instead of playing hide and seek with different law enforcers that may kill you in the long run.

Swallowable Pills are mostly available in Medical Marijuana Dispensaries which are allowed and licensed by the government to sell Medical Cannabis products.

It should be your first option on where to buy legitimate and hassle-free products. We know that Sativa Strains are almost considered illegal because of the THC levels that each plant can have, but what can our governments do if the plant has been designed thousands of years ago to have that chemical embedded in its system?

With this, the private sectors have pushed for great Marijuana Reforms that happened in different countries, especially in the 80s and 90s.

This is the tricky part here- you can also buy easy-to-swallow pills in different Online Stores.

People are innovative and used different websites to sell marijuana goods – from local to overseas, making the sales increase dramatically over the years. With just a click away, you can immediately receive your desired cannabis without the hassle of going out from your home.

With Online Shops, your transaction in buying Sativa Pills can be fast and easy. Also, the delivery of Sativa Pills moves faster and better because of their newly built warehouses. Their offices are within the warehouse but some shops separate their ‘receiving area’ from the real storage rooms of Cannabis plants.

There are local stores reported to sell this type of pills which are distributed in small dosages, as per the government’s regulation and resistance to accommodate all types of Sativa strains, considering that this strain is powerful enough to change the entire person’s behavior.

The government does not recognize all Online Shops as legal and regulated. Some are operating without any permits which can put you to danger. Because of this, you can count on with the homegrown stores. Local Shops are legitimate, permanent establishments and accessible during their off-hours if emergency cases or disasters happen.

You should not be surprised to see the Golden State on this list. California is the American Powerhouse for its Multi-billion Dollar Cannabis Industry. To achieve it, California has legalized the use of medical and recreational Marijuana Plants and other items, such as Sativa Pills.

California is known to support its local industry and continues to offer its ironclad support for the global Cannabis Industry, especially to those who need the plant medically- those who suffer from chronic illnesses and different localized body pains.

Also, there are early stories that California has been one of the earliest grounds in making the Sativa Pills in the world, during the 1960s, where every economy start to regain strength again, after the 2nd World War.

Canada is undeniably holding the pivotal role in leading the world in living side by side with Cannabis communities who seek deeper acceptance and understanding from the public.

As the government tries to eliminate the harmful strains of Marijuana Sativa, the manufacturers have applied different ways to encourage people to use the legal strains, instead of going beyond the red line. With this, Canadian laboratories have introduced High Pills in the market.

This type of pills has been circulating in their market for years and continues to create waves of influence and pride to its users who wish to immediately feel the fuzz without the smoke and burns.

Despite the warm reception from the public, Sativa Pills are still one of the controversial products being sold in the market today. The controversy is directly related to the political climate of the states and regions where those are intended to be sold for. Also, there are different regulations which are needed to comply for, to save these powerful pills from being suppressed by the Law Enforcing Agencies.

However, one cannot deny the fact that these pills are one of the most effective ways to make the Cannabis Enthusiasts go high without smoking and taking any intravenous shots which can have bad effects with their different body systems.