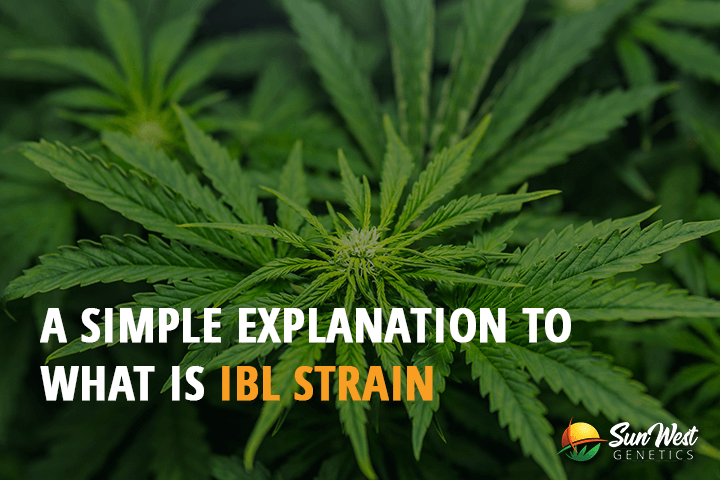 Table of Contents
1 What is IBL Strain All About?
2 How is an IBL Strain produced?
3 How do you grow IBL seeds?
4 Where to find IBL cannabis seeds?
5 Are IBL cannabis seeds expensive?
6 Other terms related to cannabis growing and cultivation
6.1 Landrace strains
6.2 F1
6.3 Poly Hybrids
6.4 Backcrosses
6.5 Selfing
7 Why are feminized cannabis seeds very special?

There are many terms related to the growing and cultivation of cannabis plants. From common terms like sativa, indica and hybrid to less common ones like landrace, photoperiods, and hermaphrodites, it’s easy to be lost in translation especially when you’re new to cannabis growing. Another term is IBL and IBL strain. What is IBL and is this something you need to know before growing cannabis?

What is IBL Strain All About?

IBL is short for the inbred line. It is a term referring to a true breed strain. An IBL is a true breed and hence will produce offspring with stable and consistent genetics usually from a single dominant phenotype of the strain. A perfect example of an IBL strain is landraces while there are also IBL strains in traditionally-grown strains.

IBL is a word that may be used by breeders to denote strains that will produce a single, specific characteristic over and over again spanning many generations. Breeders focus on very dominant traits such as the effect, appearance, potency, smell and aroma. Breeders use these traits to produce stable and consistent offspring.

Breeders prefer to use IBL strains instead of strains with unstable or unpredictable characteristic. Parent strains with consistent traits will pass these to their offspring and will go on for many generations to come.

How is an IBL Strain produced?

Breeders have a goal of creating a true breed. This is done using selective autoflower breeding and will span several generations until the traits that the breeder is looking for has stabilized. When they use an IBL, these plants will develop the same preferred traits for every generation with little changes.

What breeders do is that they manipulate genes using selective breeding. Eventually, an IBL may be created and then maintained. When an IBL is used, the best genetic traits will be seen over and over again from one generation to the next until it becomes very predictable. A breeder won’t have to wonder what traits will the generation of strain have or what traits won’t be seen as well.

How do you grow IBL seeds?

IBL cannabis seeds are grown just like regular marijuana seeds. You need to know what the strain’s needs are and what kind of growing environment it requires so the plants you’ll grow will be healthy and high-yielding and will show the characteristics that it is programmed to have.

IBL seeds of different strains, for instance, Cheese strains, should be grown as to what the Cheese strains need. When these growing needs are met, it’s a guarantee that growers won’t go wrong when it comes to growing the best quality plants.

Where to find IBL cannabis seeds?

Not all seedbanks locally and online sell IBL cannabis seeds. Most people who need this kind of cannabis for breeding order their supply straight from another breeder or from a trusted supplier. Why is this so? This is to make sure that they are getting only the best quality strains.

Buying IBL cannabis seeds is similar to shopping for a true breed dog. It’s hard to find out if the pup you got from the pound or you purchased from a local pet shop is a true breed. You need to let your pup grow to an adult to finally say that it is indeed true breed.

For this, you look for pups from a reputable breeder a supplier that won’t scam you. This is exactly what you need to do when it comes to shopping for IBL seeds.

Because IBL cannabis seeds are very important to breeders and growers, suppliers, retailers and seed banks take advantage of this and sell this in an expensive price. Breeders spend a lot of money to buy well known IBL seeds from reputable and legal breeders sometimes even traveling to where the breeder is located.

So if you are looking for affordable IBL cannabis seeds, forget it! You won’t find cheap seeds anywhere. However, deals, promos, and discounts may be available so you don’t have to pay so much for these seeds.

Aside from ibl strain, remember the following terms that are mostly used by breeders and growers when they talk about cultivating marijuana plants.

Of all the terms we have here, landrace may be a bit familiar to you. Landrace strains are strains that come from places in the world where these plants have been growing for many, many years usually in the wild. These plants are found in forests and places where there’s only minimal human activity.

Landraces found in a particular area will have almost similar appearances, growth patterns, and even the strains’ cannabinoid composition. Examples of pure landraces are China Yunnan and Hindu Kush.

Just by the name of the strain, it is easy to spot a landrace. The name usually includes the name of the place where the strain has originated from such as Hindu Kush, Afghani, Acapulco Gold, Durban Poison, Kilimanjaro, Malawi, Panama Red, Colombian Gold, Thai and Chocolate Thai.

F1 is the term used for the first-generation hybrid of a particular strain or strains. When you combine two strains with different genotypes, such as a Master Kush and a Durban Poison. The result of their union will create an F1 hybrid.

When an F1 hybrid is bred with another F1 hybrid from the same batch such as a brother or a sister will create an F2 hybrid. When the process is repeated, an F3 is produced and then an F4. After you have created an F5, the next will be designated as an IBL which has consistent traits that will remain for generations to come.

A poly hybrid happens when you combine two different hybrids. For instance, the previous example Durban Poison and a Master Kush. These two hybrid strains will produce an F1 (A). An AK-47 combined with a White Widow will create an F1 (B).

Can you just combine any two hybrid strains? Basically, yes you can do this but breeders are not just up to the challenge of combining two completely different strains but it’s about creating cannabis with good flavor, effect, and good growth characteristics.

Backcrosses are completely different from traditional breeding. It involves using a hybrid strain and then breeding it with its parent. For example, a male strain is combined with a female strain developing aa hybrid F1. This F1 will be bred with one of its parents and thus will come up with a BX1 or a backcross.

If the offspring will be backcrossed with the same original parent, the result is a BX2 and onwards. Usually, the characteristics of the original female parent are protected by keeping it in the growing phase while it is a mother. This is also done by maintaining clones using cuttings and through tissue propagation.

A thing called selfing may happen when a female plant tries to pollinate itself. This can happen naturally or by using chemicals. When a female cannabis plant senses that the days are getting shorter and the nights are colder, it will soon grow flowers in the hope of being pollinated by a male and producing seeds which will be the start of a new generation of plants.

However, when the flowers are not pollinated and it’s getting too late to grow seeds, the female plant will develop male parts out of stress. These male parts will have female pollen which will pollinate their own flowers. When the seeds develop, these seeds will be feminized.

This process may be induced by using chemicals like colloidal silver. This chemical is applied to plants during the flowering stage. After a short while, the female plants will grow male parts which will contain female pollen. Harvest pollen when the sacs have opened and apply this pollen to female flowers. And just like naturally inducing stress, your female flowers will grow feminized seeds.

Feminized cannabis seeds are in demand because you can be sure that you are growing only female plants. When you’re growing cannabis plants for weed, you want to separate the male plants from the female so your females won’t be pollinated.

Female plants won’t grow seeds and will only make buds larger and denser so that you can harvest weed. Feminized seeds are very expensive too and usually, not all strains have feminized versions.