Home » Blog » What Is CBN? A Cannabis Guide For Beginners

What Is CBN? A Cannabis Guide For Beginners 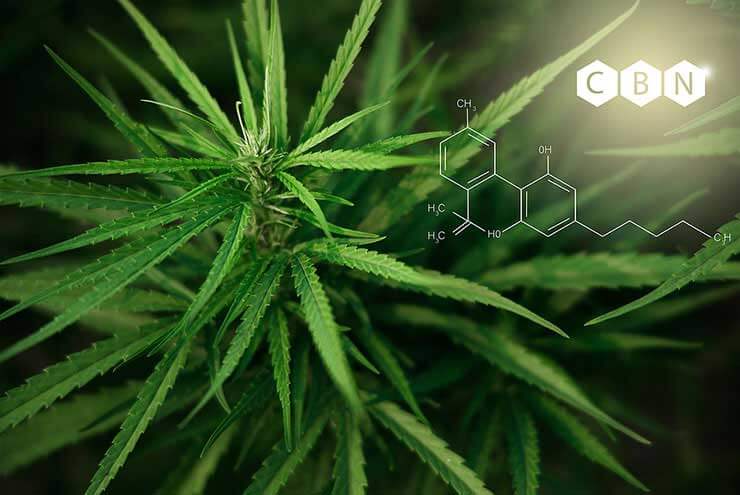 Natural compounds known as cannabinoids and terpenes makes up cannabis. The most well-known among all cannabinoids are the Tetrahydrocannabinol (THC) and Cannabidiol (CBD). But while these two are undoubtedly the main drivers of marijuana’s effects, flavors, and aroma profiles, there is one other compound that is just as important: Cannabinol (CBN).

Although many people consider Cannabinol to be a secondary cannabinoid, it is definitely unique on its own. And despite it being very useful, it isn’t as easy to make use of as THC and CBD. From helping to stimulate highs to providing numerous medical values, is CBN the next big thing? How exactly does Cannabinol differ from the others in its class?

Here, we are going to learn what the compound Cannabinol offers and how it impacts users of cannabis. Let’s begin!

Where Does CBN Come From?

Cannabinol or CBN is a compound that is naturally present in cannabis plants. But unlike the tetrahydrocannabinol (THC) and cannabidiol (CBD), cannabinol usually comes in very little doses. Regularly, cannabis plants will contain roughly around 1% or less. But despite the low content of CBN, one will only need a small amount of it to bring out the effects of marijuana.

Cannabinol manifests itself more like THC rather than any other compound in marijuana. You see, most cannabinoids found in marijuana develop with cannabigerolic acid as their base compound. But CBN metabolizes itself from THC-A, a non-intoxicating and base form of THC. This is usually done when cannabis combusts or when there is heat exposure.

How Does CBN Work?

Our bodies contain what we know as the endocannabinoid system (ECS). This is a neuro-centered biological system that acts as a communication network for various functions that we have. Our bodies send signals to and from the endocannabinoid system through the use of endocannabinoids, which bind themselves to various receptors that are all around our bodies. Some of the functions that are produce by the ECS are: mood and behavior, appetite, sleep, memory, pain tolerance, immunity, and a lot more.

As you consume marijuana, the CBN contents enter your body. As these come into contact with the endocannabinoid receptors CB1 and CB2, they send signals up to your brain and your other biological systems.

CBN is known to have more of an impact on CB2 Receptors, which lean more towards the immune system and pain-relieving signals. CB2 Receptors, on the other hand, deal with the cerebral and psychoactive effects of the brain. It is important to keep in mind that various other cannabinoids will either have strengthening or weakening effects on these receptors. This allows marijuana to induce all kinds of responses to the body.

CBN vs. CBD: A Stark Contrast

Many people come to the conclusion that CBN and CBD are similar in terms of quality and effects. However, there is actually a very obvious difference in terms of its synthesization and uses. Like we said, most cannabinoids (including CBD) synthesize through the use of geranyl pyrophosphate being combined with olivetolic acid. The outcome of this results in the development of cannabigerolic acid (CBGA). When CBGA is then infuse with cannabinoids like CBD, it takes its final form when exposed to heat through smoking or decarboxylation.

CBN, on the other hand, comes much more naturally and less complex. Like THC, it is the direct result of THC-A being expose to heat. While the higher temperatures bring out the effects of THC, it will also stimulate the CBN contents into manifesting.

Which is better: CBN or CBD?

While it is still unclear how CBN fully works, we do know that it influences the way marijuana impacts users as a whole. However, there is no doubt that Cannabidiol (CBD) is the much more studied and famous cannabinoid among the two. The extensive research done on CBD is the main reason why cannabis is legalized in many places for its medical value. There is also supported evidence regarding the health benefits that CBD has to offer.

Many products and medications center around CBD. CBN, on the other hand, still has not been able to make a breakthrough. In terms of being more accessible and having more uses, CBD definitely reigns supreme.

Through the Entourage Effect, cannabinol works together with the different cannabinoids and terpenes to produce all the various effects that marijuana can give. However, just how well does CBN stand on its own? When put side by side with the other cannabinoids out there, how does CBN’s effects stack up?

Because it is a non-intoxicating compound, people have found ways to extract it from hemp. Here are some of the most common effects and uses that are associated with the presence of CBN:

In certain studies carried out through the years, CBN was used to determine if it impacted the way neuronal functions operated. The results showed that CBN had the potential to slow down the development of Amyotrophic Lateral Sclerosis. This disease causes the degradation of motor-related nerves and affects the brain and spinal cord.

With CBN, a person’s regeneration abilities are increased. This allows it to act as a neuroprotectant against strokes, Alzheimer’s Disease, traumatic disorders, neuro infections, and even brain tumors.

There have been ongoing talks about CBN being use as an alternative to antibiotics. CBN shows great potential in fighting off the buildup of bacteria that may lead to infections and contaminations. Certain marijuana strains that contain larger doses of CBN are known to be less susceptible to the development of molds and contaminants.

While this claim will still need an ample amount of studying, CBN has a huge upside of becoming the next scientific breakthrough.

Because CBN often links up with CB2 Receptors, they work great in providing pain-relieving effects and anti-inflammatory benefits. A lot of cannabinoids that you will naturally find in marijauna work great for pain relief. CBN, as one of these cannabinoids, is an effective agent to carry out these effects.

CBN is primarily connected with the treatment of arthritic conditions. It contains the essential properties needed to reduce the chances of developing rheumatoid arthritis and other inflammation problems.

A common feature of CBN is that it actually does help in relaxing the muscles surrounding the head. This helps it form a part of the therapeutic sensations that is use for migraines and headaches. Additionally, intraocular pressure that subsequently leads to glaucoma is significantly minimize, as well.

As such, CBN is one of the main cannabis components responsible for the treatment of glaucoma and pressure relief.

Stimulates Drowsiness and Appetite: Is It True?

Finally, we have appetite and drowsiness. The most commonly linked effect of CBN is its ability to stimulate sleep and hunger. But despite CBD being called a “sleep-inducing cannabinoid”, many people believe this to be a common misconception. Studies show that the drowsiness and hunger that people feel are more associated with THC and CBD.

People who experimented with CBN alone report little to no feelings of drowsiness and hunger. But when mix together with THC and CBD, these effects are amplified as compared to when using just THC and CBD alone. This proves the importance of CBN in coming up with a more potent and strong high.

CBN is largely block out by the two main cannabinoids that make up marijuana: THC and CBD. However, it is safe to say that marijuana won’t perform the same without the presence of this highly useful compound. Cannabinol, in its purest form, is capable of inducing some very beneficial effects that amplify the already addicting highs that weed produces.

It may still take a while before CBN makes a breakthrough in the cannabis scene. However, there is undoubtedly high potential for it to provide some of the best benefits to users everywhere.