Home » Blog » What Happens when a Stoner Stop Smoking Cannabis?

What Happens when a Stoner Stop Smoking Cannabis? 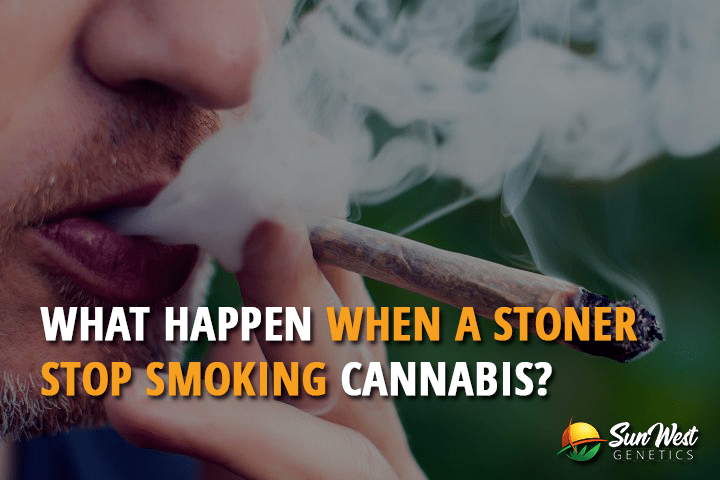 The cannabis legality for recreational and especially for medical use differs by country with regard to cultivation, possession, and distribution. In terms of medical, how it can be taken and what medical treatment it can be utilized for. Is it illegal to buy marijuana seeds? In the United States, many states have already taken on medical marijuana and recreational cannabis laws where you have the right to purchase and possess marijuana seeds, plus you can legally cultivate cannabis at your own place as well.

Why would some people get addicted to smoking cannabis? How does it feel to be high on this kind of drug? Ingesting, vaping, or smoking cannabis can make anyone stoned or high. If you never tried using cannabis then you might have thought what it feels like. The truth is, cannabis can have significantly distinct effects from one person to the other. There are some who feel relaxed or happy when they are using it, and some have increased their appetite or very sensitive to the effects of cannabis.

Cannabis can lead to negative experiences or feelings, these involve delusions, nausea, high blood pressure, paranoia, fast heartbeats, psychosis, confusion, anxiety, panic, and vomiting. These negative feelings or reactions are more likely experienced by a first-timer or those who have taken too much of it.

What will happen then when a stoner stop smoking cannabis? Cannabis is a hallucinogenic drug that changes the brain in how someone who used to think and distinguish his surroundings. The effects of withdrawing from cannabis addiction quickly become cognitive. When a person stops using cannabis or marijuana the feelings are among the things that go back, but so does the awareness of the consequences of the drug and anxiety.

However, it is not bad to stop cannabis addiction. There are still many beneficial changes that the body can get once the person stops smoking cannabis and the drug has been withdrawn to his system. We listed below about what happens when a cannabis user stops smoking.

Is it illegal to buy marijuana seeds?

Before we get to know about what will happen when a cannabis user stops smoking, let us find out the answer to, is it illegal to buy marijuana seeds? Just as stated above, more and more states have already embraced the fact of using marijuana as a recreational and medicinal treatment. Purchasing and possessing marijuana seeds has already been legalized and it is now also acceptable to grow your own cannabis plants at home.

3 Things that Occurs when a Person Stop Smoking Cannabis

The stoner will experience uneasiness for months and even a year

The feeling high is what the drug produced when someone is using it, but in the withdrawal period, it gives the person an opposite feeling. The constant hallucination that a drug has brought may destroy the perception of a person. As days go by, a stoner already adapted to the drugs damaging his perception. When a stoner stops using the drug, it will cause a feeling of uneasiness even though they feel better.

If the drug has been destroying their perception due to the constant hallucinating of the brain and the person have adapted his self to that, and it has been taken out of his system, the person is going to feel bad or worse.

It takes a month or even years before a person adapts to a new reality. It also takes years to see the pulmonary consequences of cannabis today. Nevertheless, the data hold up its capacity to alter how a person thinks.

They experience anxiousness and the feelings go back

Cravings come anxiety. Once a person stops, he or she experiences sadness, anxiousness, becoming irritable and jittery together with a yearning to make everything go back to the way they were. After anxiousness comes to the real feelings again which sometimes is not good ones.

These feelings rather are drawn to go round the consequences that caused the person to stop. The time wasted using the drug, unstable relationships, poor performance at work or school, and the realization that they do not remember what they used to be. The Intelligence Quotient (IQ) has been altered also due to cannabis usage.

People who withdraw themselves in using cannabis are usually experiencing depression due to loss of interest in doing the things they normally enjoy. One reason why a former user smoke cannabis is to get rid of depression. Basically, depression will stop about a week after the withdrawal.

Another reason also why many people use cannabis is to help them sleep quickly and well. This is the reason why there is no doubt that having insomnia is one of the usual withdrawal symptoms for chronic cannabis users. Some former users experienced losing a night of sleep or two after stopping smoking cannabis, while some can experience interfered sleep for many months.

Whether cannabis is used for medicinal or recreational purposes, people can experience withdrawal symptoms when they discontinue using it. Withdrawal symptoms are not the same for everyone, they differ in seriousness based on the length of time the cannabis has been used by a person.

Try eating a nutritious diet that contains vegetables and fruits, drink lots of water, get enough sleep, be active physically, and seek some support from your family and friends. These things will help the person who is experiencing withdrawal symptoms from cannabis. Lastly, just be positive always!