What are Prefilled Oil Vape Cartridges? 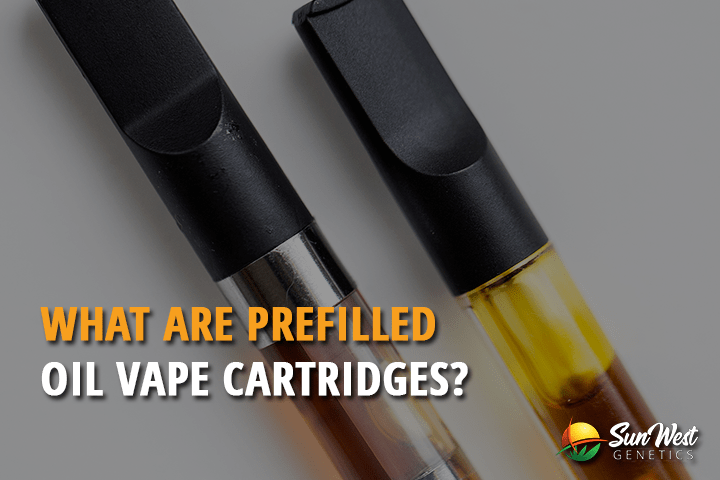 That said, because marijuana right now is pretty common both in California and in several states and countries in North America, there are a lot of ways to use cannabis. Yes, that is right. Marijuana has always been a product that can be used in many different ways other than the conventional method of smoking it.

If you must know, the other common ways of consuming marijuana are by using a bong, infusing its oil in food or sweets known as edibles, or using its oil and dabbing it directly on your tongue. In a sense, there simply are plenty of ways for you to enjoy marijuana. And now, one of the more popular ways of doing so is by vaping it by using pre-filled oil vape cartridges.

Vaping is the act of inhaling the vapor that comes from a device that is commonly known as an e-cigarette or any other similar device that produces inhalable vapor or aerosol. It is called as such because the act of vaping actually does not produce smoke unlike the conventional kind of cigarette. Instead, it is actually aerosol that is produced by a heating device inside the e-cigarette.

E-cigarettes work by “vaporizing” the e-liquid or e-juice that you put inside the device. Then, the heat produced by the e-cigarette turns the liquid into the aerosol or vapor that you inhale through the device’s mouthpiece. So, instead of actually inhaling the smoke that comes from burning tobacco leaves or marijuana buds, you are inhaling it in the form of a vapor that comes from the liquefied version of the substance.

In the case of marijuana, when you are vaping, you are using cannabis in its oil or liquefied form and then using the e-cigarette or a similar device to turn the liquid into a vapor or an aerosol that you can inhale. Essentially, there is no burning or combustion involved in this process.

Why prefer vaping over smoking?

There are plenty of reasons why you should rather vape marijuana than smoke it. Here are some of the advantages of vaping cannabis:

Because you are not inhaling smoke, which comes from burnt marijuana buds, you will be able to breathe easier if you are vaping cannabis instead of smoking it. This is because your respiratory system will be under less stress than it is when you are smoking since the vapor or aerosol does not put a lot of strain on your lungs.

There are studies that suggest that vaping marijuana can convert more THC from the cannabis oil as opposed to burning weed buds that do not convert as much THC into inhalable smoke. This is because, when you are vaping cannabis, you are using it in its pure oil form, which is a lot more potent when it comes to its THC level compared to marijuana in its bud form.

It is easier to control the dosage

When you are vaping marijuana, it is easier to control the dosage because you only have to put the necessary liquid into the e-cigarette. In some cases, there are already pre-filled cartridges that allow you to control how much you will be vaping. This is unlike smoking marijuana buds,

which is a bit more unpredictable when it comes to dosage. As such, you are more likely to overdo it when you are smoking cannabis.

What are pre-filled cartridges?

All things considered, vaping cannabis has become easier these days thanks to one of the newest products—pre-filled cartridges. As the name suggests, pre-filled vape oil cartridges are devices that are already filled with the desired marijuana oil strain you need for your e-cigarette or more commonly known as a vaporizer in the cannabis community.

There are two types of pre-filled cartridges. The first one is a cartridge/battery combo that has tanks that can fit in certain batteries so that you can always change the tank on your vaporizer whenever it runs out. Similarly, when the battery runs out, you can also easily charge them. Meanwhile, the other type is the disposable ones that come equipped with a pre-filled cartridge and with a battery that only runs until you use up all of the cannabis oil in the cartridge.

What are the benefits of using prefilled cartridges?

You can bring them anywhere

Pre-filled cartridges are very portable. You can easily bring them anywhere because they are designed to be light and minimalist in terms of size and design. Moreover, they come as very discreet and look like your normal e-cigarettes or even like pens.

It is easier to control the dosage

As the name suggests, these products are already pre-filled in the sense that they already contain a certain do that you can easily control. Dosage is always a major concern when using marijuana oil or concentrates because of how the substance tends to be very potent in terms of its THC content. Of course, you never want to overdo things when using marijuana concentrates. As such, pre-filled cartridges come as products that allow you to use cannabis concentrates responsibly. They allow you to control the dose of each inhale so that you do not have to worry about feeling too high after using cannabis oil.