Home » Blog » The Legality of Cannabis in Washington

The Legality of Cannabis in Washington 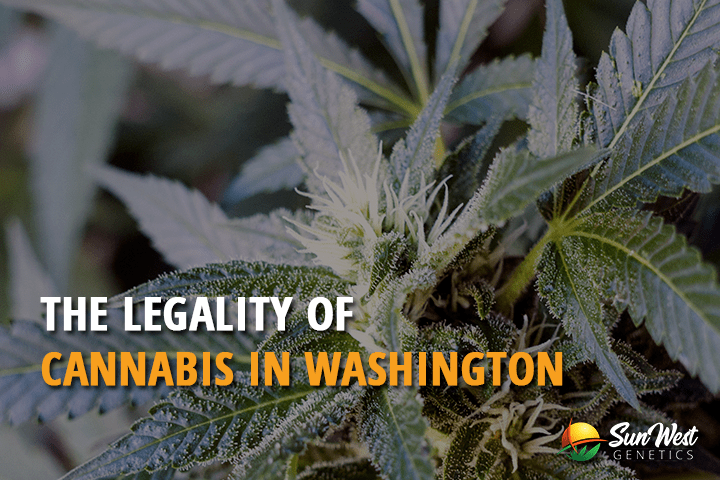 On December 6, 2012, Washington State became the first-ever US state to legalize recreational use of marijuana. This is an expansion of the previous legalization of the medical use of marijuana in 1998 as it allowed adults over the age of 21 to use marijuana for medical, recreational and other purposes. This includes the sale, shipping, and cultivation of autoflowering cannabis seeds in Washington state.

In terms of marijuana use, distribution, possession and anything related to it, it is better to be prudent and know the law better for us not to overstep the limits set by the law. Let us take a look at the history and other information you need to know about the legality of Cannabis in the Washington state.

For centuries, marijuana has been used as herbal remedies and potent painkillers long before the advent of modern medicine.

Although unproven medically, medical marijuana has been known to treat symptoms of different conditions such as Alzheimer’s disease, Chron’s disease, epilepsy, glaucoma, sclerosis, nausea, chronic pain, posttraumatic stress disorder (PTSD) and many others.

Medical marijuana could be taken into the body naturally without being chemically processed like other drugs. CBD could be taken in by inhaling cannabis smoke or vapor, as an aerosol spray or by the mouth.  Some are even put CBD oil into food like candies and bread or made into lotions, spray, oil, or cream.

In 1923, Washington state passed House Bill 3 which criminalized marijuana by classifying it as a narcotic drug. Narcotics refer to chemicals that contain psychoactive compounds that have sleep-inducing properties. The Controlled Substances Act of 1971 classified cannabis as a Schedule I substance which is characterized by having a high potential for abuse and no acceptable medical use.

Possession of marijuana during those times is punishable by one to ten years in prison and was rarely enforced as marijuana is not popular in Washington yet. But things changed when Mexican immigrants arrived who smoke marijuana and the prohibition was intensified. The prohibition was even racially motivated as anti-immigrant protesters vilify marijuana use as causing insanity that leads to crimes among its users, particularly the immigrants.

But during the 1960s, with the peace movements which is also known as the hippie movements, Washington relaxed their laws a bit in 1971 by declaring the possession of 40 grams or less as a mere misdemeanor instead of a criminal offense as marijuana is no longer considered a narcotic or opiate that remains illegal. This law remains despite the controlled substances act of 1971.

Despite the Schedule, I status of marijuana, the Washington Court of Appeals recognized in 1979 that there may be a medical necessity to allow the regulated use of marijuana. A man from Wahington State expressed his need to consume marijuana as a treatment for the pain caused by his multiple sclerosis. The court held the belief that medical necessity exists but for very limited circumstances only.

Marijuana growers’ cooperatives began to appear in Washington state to provide patients with marijuana. In 1995, the Green Cross Patient Co-op of Brainbridge Island, Washington was raided by authorities for possession, shipping and selling marijuana for a little to no costs at all for may patients who endure chronic pain as symptoms of their diseases. The raid was ruled out by a judge citing that the warrant used was invalid. This led to the migration of the Green Cross Patient Co-op to migrate to Seattle to resume operations.

Attempts have been made to make marijuana a Schedule II drug instead which will allow the doctors to prescribe medical marijuana through lawsuits and ballot initiatives to no avail. However, Initiative 192 in 1998 was passed allowing doctors to recommend medical marijuana who suffer from terminal illnesses and their symptoms. Patients who qualify will be permitted to possess a 60-day supply of cannabis which is also defined as 24 ounces and no more than 15 marijuana plants. This led to the establishment of marijuana dispensaries which may not be necessarily legal but are ignored by law enforcement anyway until 2011 when they are ordered to be closed leading to the arrest of those who did not comply.

Finally, on December 6, 2012, Initiative 502 was approved by gaining a majority vote that ruled that possession of up to 1 ounce or 28 grans by an adult over the age of 21 is now legal. This state-level legalization remains unhindered by the federal government as the US Department of Justice itself announced on August 2013 that it would not interfere with the legalization of marijuana in Washington state.

Marijuana for medical and recreational use including possession, buying, selling, shipping, cultivation and other remain legal to this date. The state also began the regulation of marijuana cultivation in preventing illegal cultivators who sell marijuana in the black market which hurts the legal marijuana industry. Mexican and Chinese drug cartels have been reported to operate illegal growing facilities in the state instead of importing marijuana from abroad.

Retail sales of legal marijuana in Washington State is at a rate of 37 percent and much of this money goes toward public health programs and substance abuse prevention programs.

Washington State is a model state in its citizens’ persistence to legalize marijuana due to its health benefits despite previous laws against it. Due to their persistence, citizens of Washington state enjoy the full benefits of the medical and recreational use of marijuana without the stigma brought about by the negative publicity made against cannabis and its by-products.