The Economic Importance of Weeds 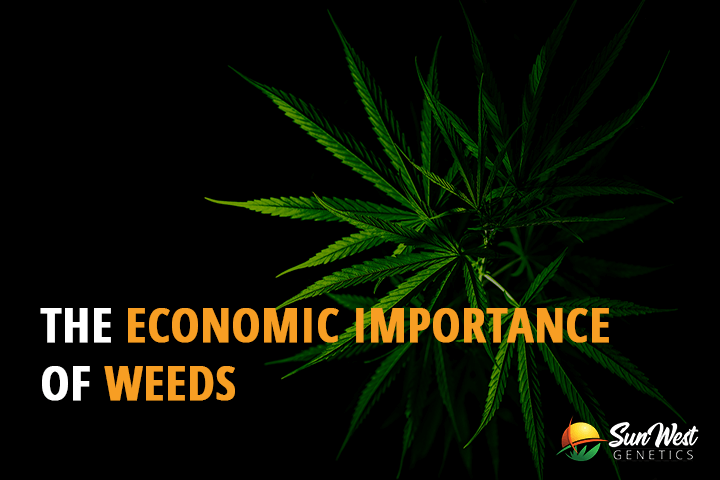 Medical marijuana laws continue to develop over the years. The progress of marijuana legalization is commendable and is moving at a rapid rate. With more than half of US states approving the legalization of weed, the world is following. And such development is not without reason and logic.

People all over the world are consuming weed either for recreational or medical purposes. There are numerous studies about how remarkable weed is when it comes to treating or relieving certain medical conditions. You can also find countless journals that discuss the health benefits of cannabis. But apart from improving our health and treating certain medical conditions, the marijuana industry has also significantly helped our economy.

Many people unknowingly thought that weed is just for fun. But this remarkable herb is more than that. The truth is, weed, particular recreational and medical marijuana, has somehow helped in uplifting the world economy. According to Forbes, the international marijuana market is currently worth $7.7 billion and is projected to grow for about 60% rate for countries or areas where marijuana is legalized. A research firm called the Brightfield Group claimed that the global marijuana industry will hit $31.4 billion by 2021.

So what does this mean?

The weed industry is gradually becoming a major player in the world economy. Investing in the cannabis market means earning more money and more money means the economy is moving forward. This is why many states and governments are pushing for its legalization. If cannabis can safely and effectively treat medical conditions and at the same time boost give the economy a boost, why not legalize it? Legalizing marijuana is a fair and reasonable move.

In Colorado alone, annual cannabis sales went soaring to $1 billion.  The state claimed that they were able to collect as much as $135 million in taxes and fees on recreational and medical marijuana. Economist projected that this trend will construe to rise. The Colorado State University-Pueblo’s Institute of Cannabis Research discovered that the weed industry has contributed more than $58 million to the local economy. And this is because of the fees and taxes.

Should weed become legal in the country, the benefits to the economy could be mind-blowing. This is why more and more countries and governments are trying to push the legalization of marijuana. Because aside from helping patients find cure and relief, it also dramatically helps the country and the community.

The Benefits of Weed in the Economy

Now that we have presented you the numbers, let’s find out why weed is important and how the economy can benefit from it.

First of all, legalizing marijuana opens new doors for great opportunities. Weed can help in securing investment portfolios of investors across the country. If you notice, myriads of investors are now capitalizing on the growth of the cannabis industry. You can find numerous companies who are trading on public stock exchanges. As the number of investors continues to rise, the growth of the weed industry soars higher as well.

The rise of the weed industry on a national level also means that companies and businessmen who are into the cannabis business are free to list their stocks on all US exchanges. This significantly improves liquidity and opens up access to many more investors.

As the cannabis market continues to progress, more jobs and incomes are also created. It’s one of those excellent industries who need manpower. To grow and harvest weed, you need to have people. For it to be distributed and delivered to customers, the company needs to hire more people. And to come up with new strains and produce it to countless patients, dispensaries and marijuana shops need to employ more people.

It’s no secret that the cannabis industry creates jobs. This sets the ball rolling for the economic activity. It’s safe to say that there are more jobs in the country today after the legalization of cannabis. New Frontier reported that the impact of federally legal weed could generate more than 1.1 million jobs by 2025.

The cannabis industry needs to have more people from the farm, process, distribution, and selling of cannabis-based products. The industry can also offer jobs to people who are not directly involved in production and distribution such as; financing services, software developers, IT services, construction companies, and agriculture services.

Apart from creating jobs and boosting the economy through the multiplication of investors, legalizing weed also lead to patients and consumers saving a lot of money. If you check the prices of cannabis in the market today, you’ll immediately notice how expensive it is. One of the reasons why some patients or potential growers are hesitant to buy cannabis is that they are quite expensive.

However, with the rise of marijuana legalization, competition is slowly building up. The more competition there is in the market, the more flexible the marijuana cost becomes. This means that the price of cannabis becomes more affordable.

There’s no stopping the weed industry from growing, however, there are still critics out there who are quite skeptical about legalizing marijuana in all the states and countries. But fortunately, scientists and researchers are continually doing their studies to prove the critics wrong. There are also incredible developments in the cannabis world and breeders or developers are tirelessly working on strains that are more potent and more effective in treating medical conditions.

For now, let’s hope that critics will take the time to study and gather more information about the benefits of cannabis in the industry. May the published journals and research papers give them more reason to open their hearts to marijuana legalization.