Home » Blog » Signs that You Are Toking Sativa Weeds

Signs that You Are Toking Sativa Weeds 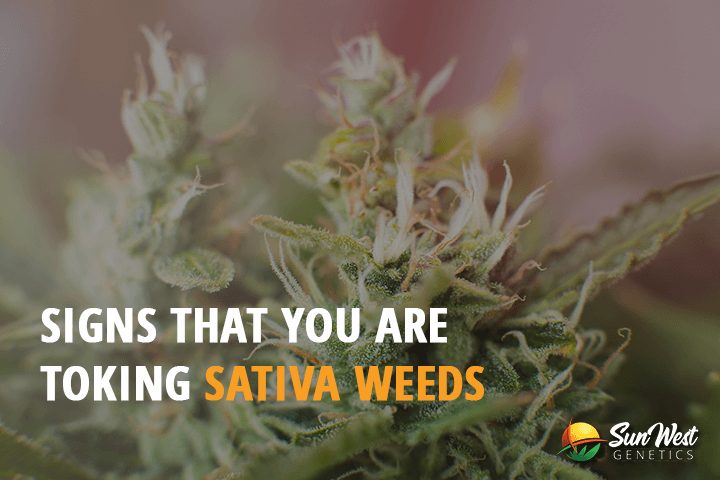 As everyone knows Sativa weeds are illicit drugs in several parts of the world. Though it may be allowed in certain areas, there are still few rules and policies to follow in order to protect the rights of children and conservatives who disallow the use of Sativa weeds.

That is why it’s important to keep discreet when toking Sativa weeds. It should be as much as possible invisible and unrecognized most especially when you blend in with crowds. There will be a lot of judgment from people and even to authorities if know that you’re stoned or high while just walking through streets.

In this article, we’ll give you tips on smoking Sativa weeds as to not be identified readily by people. On the contrary, to make it fair, we’ll also provide guidance to the ‘concerns’ for indications that one has been smoking pot or Sativa weeds.

An Overview of Cannabis Laws

In general, the world has still conservative views regarding cannabis use. It’s still perceived as illegal to most of the countries. However, a lot of countries had allowed the use of medical cannabis if given a proper prescription. It often goes unknowingly to pharmaceutical trade names such as Marinol and Savitex being sold in pharmacies and markets.

Though there are developments to medical cannabis use, strict implementations are still mandated to the use of recreational cannabis. Only a few countries have decriminalized cannabis with permitting limit of purchase from one gram to twenty-five grams.

Other than that, different regulations on cannabis cultivation and smoking are integrated into countries with legal use of marijuana. A maximum of two to five plants should be grown unless you are applying for a license on the cannabis business.

Apart from that, cannabis use should be restricted to private or designated areas. Restrictions to smoke in public areas including schools, hospitals, shopping and entertainment centers, or parks are mandated. The only safe place to smoke cannabis is through your homes or indoor spaces.

But nonetheless, there are countries with less strict policies on cannabis. It’s best to observe first the culture and how the government perceives on cannabis use before trying to take your cannabis anywhere else. It’s helpful to ask the people you know or get some research before doing something reckless.

Consequently, there are few countries for which it’s legal to smoke cannabis. This includes the following;

Tips on Smoking Cannabis (to be less noticed)

The chances of getting caught smoking cannabis in public are totally high. With a lot of people walk and stand on the streets, it seems impossible that there could be a way to not be caught while smoking cannabis. However, there are some expert cannabis connoisseurs who had successfully sneaked in public while toking Sativa weeds.

Do you want to know how they tend to do it? Then, here are some tricks that you could do for people to less notice you while smoking cannabis plants.

#1. Smoke through the Blunt in a Cup

This is the most primitive way and probably the most efficient method to smoke cannabis in public. All you have to is buy a ‘blunt in a cup’ online or through local cannabis dispensary stores. Also, you have an option to make a personalized blunt in a cup on your own.

To do this, all that is needed is to acquire a plastic cup and a blunt. Nevertheless, the blunt will be covered carefully to act like a ‘drinking straw’. When in public, you could easily sip the straw-like drinking juice or whatever drink it is.

In that way, people will assume that you’re not smoking cannabis. To intensify this action, you could put some air filters to make sure that the smoke to exhale will be clean and unnoticeable.

Vape pens are now starting to be in trend. It’s been used as an alternative to smoke cigarettes or even tobacco. That is why this fact could serve as a good excuse to smoke cannabis. No one will be able to suspect as vape pens are commonly used for cigarettes.

As of today, there are a lot of types with vape pens. It occurs at multiple sizes and shapes as needed. There are even vape pens that are entirely specialized in cannabis use.

If you’d just be alright of not smoking weed, then this option would be more suitable for you. Making infused cannabis food products such as cookies or brownies could be an excellent substitute. Otherwise, you could make cannabis drinks or juices without people knowing that you’re consuming something related to cannabis.

#4. Do it in a Crowd of Cigarette Smokers

To mask the smell and the smoke, its best to do it in an area where a lot of people smoke cigarettes. You could take it unknowingly while walking with co-smokers. Big events such as concerts and parties are also recommendable places to smoke cannabis.

To act not suspicious, dress well and take a lot of showers. Put a lot of cologne and brush your teeth to at least avoid smell as related to cannabis. Don’t be too obvious that you’re smoking. Stay cool and just be yourself. People won’t be able to take their suspicion on you.

All in all, these are just a few guides to practice. If it’s avoidable, let’s just follow the ground rules and respect others’ opinions or rights. You don’t have to brag on the public with smoking pot. It won’t make you a coward if we follow the government’s policies and rules.

However, if it really calls you, it’s best to excuse yourself and do it in a private place such as bathrooms or secret hallways. At least, in such a way, people will not be able to get distracted you smoking on weed.

Guidelines to Know When Someone is Smoking Weed

Now, let’s reverse how things go. We’ll help you understand the symptoms or indications that a person is smoking weed. This information could be advantageous to non-smoking people, however, this could quite still benefit a cannabis smoker. Moreover, this will keep a smoker aware as to what to do and do not to prevent suspicions from other people.

The list below follows a guide to grasp that someone smoking weed.

One thing to note that a person is using Sativa weed is if it’s stone or not.  The usual symptoms of being ‘high’ are experiencing hallucinations and developing mood swings. However, these symptoms are not easily noticed unless you’ll talk a lot or observe a person more.

To verify at few glances or talks that one is ‘high’ with weed, there are few things you should look:

Be like Sherlock. Investigate on anything in his pocket or hands. If it contains any drug paraphernalia such as pipes, rolling papers, and most especially marijuana residues, then there’s a big possibility that the person is using Sativa weeds.

If your inspecting anyone in the house or room using Sativa weeds, then examine his drawers, bed, canisters, books, or even shoes. However, if unsure, then you could directly ask him or her regarding the using of weed. As someone that lives with you, its best to at least you know these ‘sort’ of things in order to understand when unexpected behavior will arise from the user.

This would be your last option if one will keep on denying using cannabis. You could easily confirm it by buying a home drug testing kit that could be bought through online stores and pharmacies. Though it ain’t that well-precise, it would be a secure discreet move to know if someone in the house is using cannabis.

Whether you are a weed user or just someone curious about how to know when someone is using a weed, it’s still important to value privacy and respect towards others. We all live differently and there’s nothing wrong if we express ourselves on what we want or do.

Again, people have reasons for smoking cannabis. One may use it for medicinal purposes and the other may use it for recreation, or to relieve stress. In these situations, it’s vital to understand and don’t take judge. Nevertheless, it may somehow be perceived as dangerous, illegal, or narcotics. But we don’t know, one day this ‘weed’ could save your life.