Home » Blog » Sativa Strains: The Secret to How to be not Lazy

Sativa Strains: The Secret to How to be not Lazy 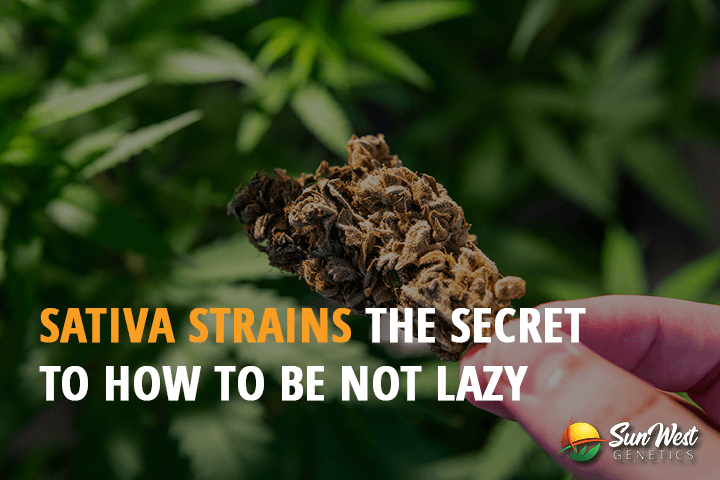 Most cannabis users who are merely users believe that marijuana makes them get high and eventually outs them to relax. Finally, the most common marijuana strains make the enthusiasts lazy and bring them into couch-lock conditions; thus, people use marijuana during night time and use it before sleeping because of its sedating effect.

Contrary to it, marijuana energizes users. There are strains available that give maximum energy and combats laziness to the users. In particular, Sativa strains promote energy and motivation. Even science proves that marijuana leads to energized feelings and enhanced motivation. The cannabinoid receptors such as CB1 and CB2 are linked to the brain and produce dopamine levels. The increased dopamine level then offers a feeling of pleasure, which serves as a motivator.

Sativa strains are firmly proven to trigger the release of dopamine, which gives a euphoric high, which is associated with energy rather than being lazy. Moreover, the cerebral high, which comes from the Sativa component, provides a more focused and more active mind and body. Furthermore, Sativa strain enhances invigoration.

Here is the list of Sativa strains that combat laziness:

These are just among the Sativa strains that fight laziness with marijuana usage. People usually use marijuana as an escape from being stressed, and so they use so that they will feel lazy and eventually sleep. However, if you are a person that the purpose is to stay awake and not to get lazy, then you have to choose the right strain for you. With a scientific basis and proof, Sativa strains are best at it. Because of its euphoric effect and mood-enhancing properties, it changes the mental condition from being lazy to an active one. Eventually, when the brain gets active, the body responds with alertness too.

The response and mental activity

Also, it is essential to know that not everyone has the same reaction to marijuana. One thing more, the factor of tolerance might also affect the effect of feeling lazy. The secret to how to be not lazy with marijuana is the awareness of the strain’s impact on your body and brain. Note that when you use cannabis, your mind and body go up running in circles because of the high. The mental activity that certain strains produce will counter that feeling of laziness. Focus on any mental activity that gives you a challenge. Better yet, when you are smoking weed, do it when you are playing mind games, or any activity that needs your mind to function. As your mind looks for an opportunity to win over the game, it counters your brain to become lazy and act lazy.

Another thing to remember, aside from being mentally active is to stay physically fit. No matter how potent the marijuana is, and how strong it hit you, if you are fit, nothing can tear you down. Staying healthy does not mean lifting weights and getting those bulging muscles; instead, it is a state of the body to appreciate actions. Being fit means that there is no chance for you to be lazy because the response of the body to cannabis is to be active, rather than to be lazy.