Home » Blog » Should I Pollinate My Female Marijuana Plants?

Should I Pollinate My Female Marijuana Plants? 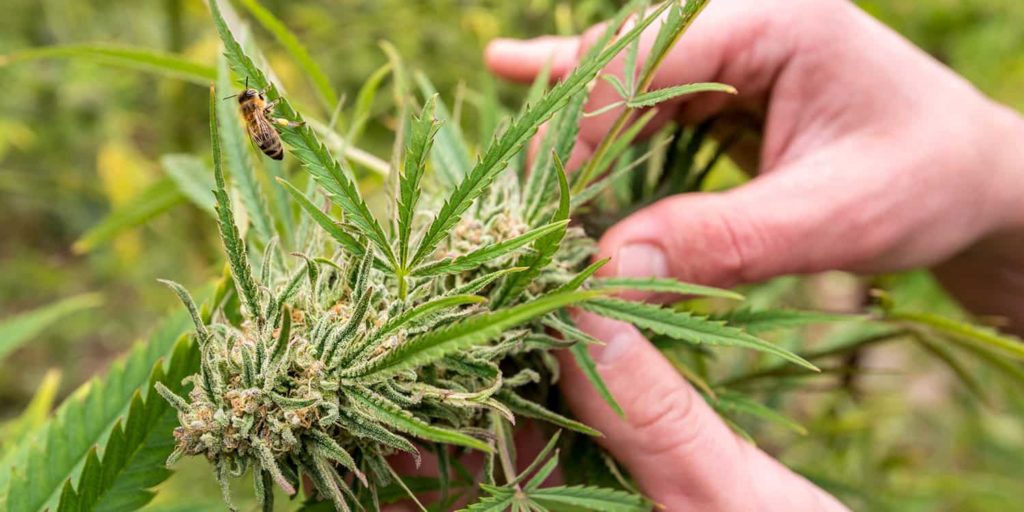 To pollinate, or not to pollinate. That is the question, isn’t it? Well, it could be the question for marijuana growers who are torn between breeding marijuana plants or harvesting smokable weed. But before we get to the actual answer to that burning question, let us first explore the anatomy of the marijuana flower. And then we will get into the pollination process itself.

Anatomy of the marijuana flower

When you have male and female marijuana plants together in one growing room or grouped together in an outdoor growing area, chances are pollination will definitely occur. Male marijuana plants carry the pollen. And when these pollens are carried over to the female plants’ female flowers, it will latch on to the stigma and pollination then happens. When this happens, seeds are produced which can be planted for the next growing cycle.

However, if the goal of your marijuana g rowing endeavors is to produce good quality and smokable weed, you should avoid pollination at all costs. Therefore, when you have determined the sex of your young plants that you’ve grown from seeds, whether they are male or female, you should immediately separate the male ones from the female ones. This will make sure that you avoided pollination to ensure a good harvest of buds in the end.

But if you want to avoid buying and looking for good quality seeds again and again at the beginning of each growing cycle, you could try doing a little of each. Once you’ve identified the males from the females, you could get rid of most of the males and transfer a few of them together with a few other female marijuana plants in a different room. You will then have a group of purely female plants to harvest weed from and another group that would produce good quality seeds for the next growing season. Doing this however will make you double up of resources and growing gear. So everything is entirely up to you, really.