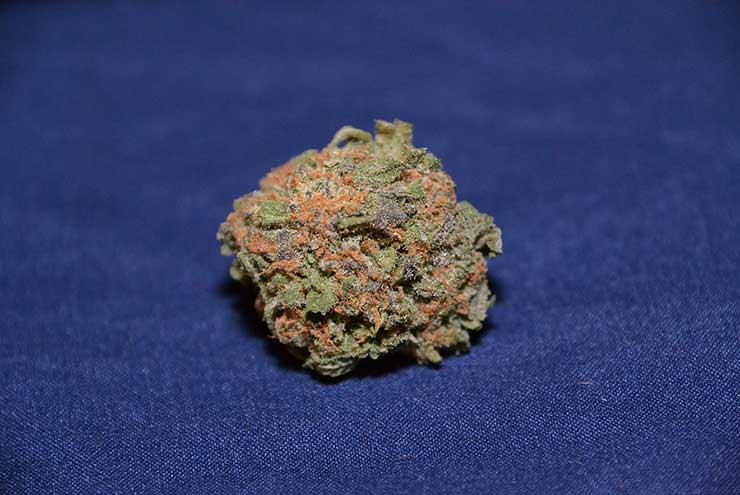 From the heart of the cannabis scene comes a one-of-a-kind strain. Something that will surely satisfy the sweet tooth of growers and smokers out there. The Gelato marijuana strain is a premium, top shelf hybrid. It has established itself as one of the classics of this generation. The strong sweetness and citrus notes are reminiscent of the Italian dessert! Gelato brings a new wave of flavors that you can’t get anywhere else in the weed markets! It is easy to see why so many people are starting to grow Gelato seeds in their gardens more!

A phenotype of Gelato which is known as Larry Bird (which was Number 33, which led to its strain name) is also a famous hybrid that makes use of Gelato’s insane genetics. In this article, we will tackle the different properties of the Gelato marijuana strain. See what exactly it has to offer in terms of medicinal and recreational value.

Where Does the Gelato Strain Come From?

The Gelato strain was bred by seed developers in the hopes of coming up with a strain that offers the best of both worlds. It is a balanced hybrid that leans more towards the indica side of genetics with 55% indica and 45% sativa. However, the effects that users report tend to lean more towards giving a vibrant and energizing effect. Something that isn’t common to see in indica-dominant strains.

The Gelato strain makes use of two resilient and rich parents in the Sunset Sherbet and Thin Mints Girl Scout Cookies genetics. It is believed that Gelato was first bred and developed under the warm climates of San Francisco. From there, word about Gelato spread and people started discovering the tasty treat.

Because of its originality and unique profile, seed breeders also started looking for ways to use Gelato as a parent strain. This gave rise to numerous other premium genetics and phenotypes that trace back to Gelato. The most famous one being the Number 33 Larry Bird which is a reference to the legendary Celtic player.

Overall, Gelato is famous all across the world but it holds a great reputation in the West Coast as well as other European areas. The complex yet blissful array of flavors make it appealing to even the most choosy smokers out there!

It is important to keep in mind that Gelato seeds aren’t as commercially distributed as other seeds! Only a handful of dispensaries and marijuana seed banks sell them for the right price. So if you cannot find any Gelato seeds available, the best option would be to obtain some cuttings from people you may know!

The Gelato seeds tend to sprout plants that displays a mixture of indica and sativa influences in appearance. While there is nothing spectacular about the way its plants grow. However, the simplicity and classic look of Gelato is what makes it so great. Seeds of this strain sprout a fairly small and stout plant. The hybrid-shaped leaves glow a dark magenta-green hue with streaks of blue and purple. These shades often manifests under cooler conditions.

As the buds of Gelato starts to develop into chunky, golf ball-shaped nugs, you will notice the buds aren’t as frosty and trichome-filled as other indica-dominant strains. However, this takes nothing away from the potency of the Gelato hybrid! The dense and tightly-packed buds of Gelato will look very potent regardless.

Amber and dark orange pistils also weave themselves across the buds of this insane hybrid. The long, hair-like structures give the buds a nice contrast in terms of appearances. 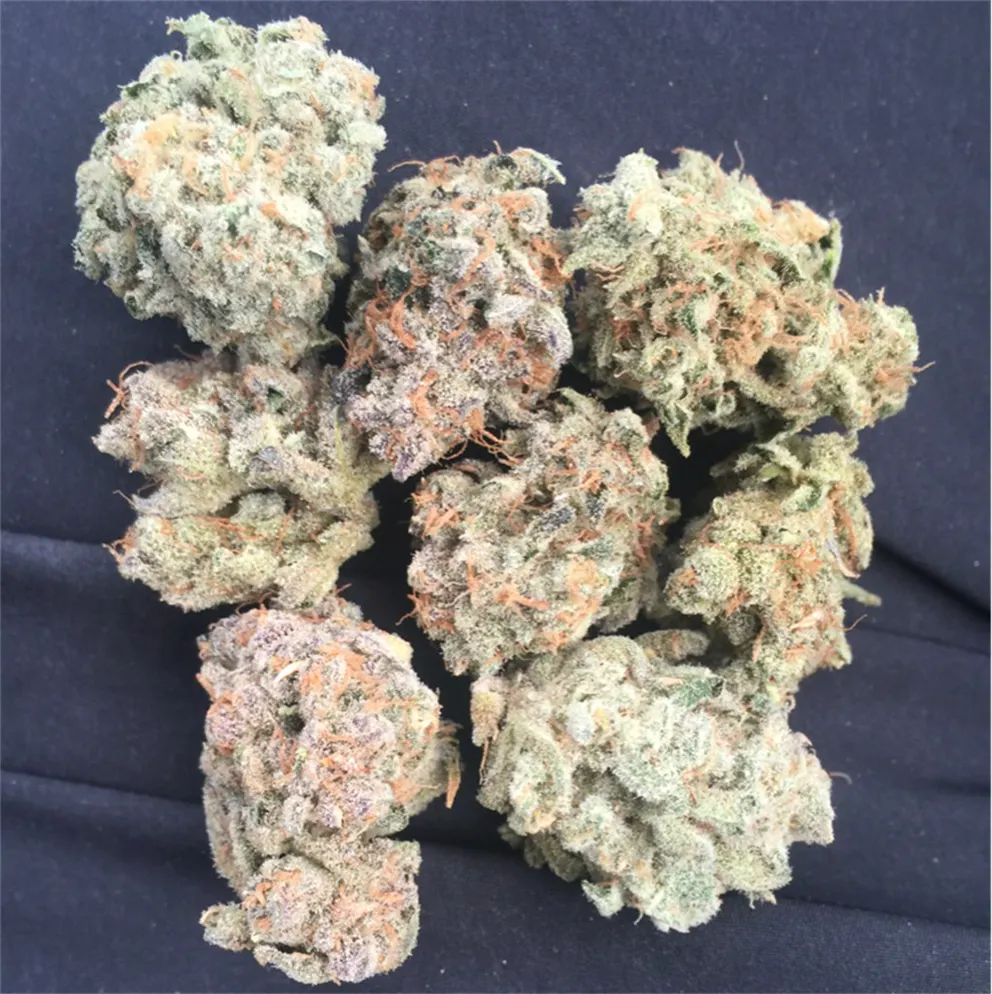 A lot of strains out there are easy to grow regardless of the setup chosen. However, Gelato strain doesn’t exactly provide the same luxury. This is not an easy strain to grow. It will need a lot of care and familiarization. There are different technicalities in the growing environment. As such, beginners may find it difficult to get these plants to sprout up!

Because of this, Gelato strain is capable of successfully growing in an indoor climate. It is because growers will have complete control over the conditions. Using a marijuana grow tent or grow box is perfect for this. You will need a constant level of humidity and temperature for Gelato to properly develop. Also, the small and plump stature of these plants make it easier to keep indoors.

Although slightly difficult, outdoor growing can also bring out the best out of Gelato marijuana seeds.  As long as they are given the right climate to grow in, there should be no issue. During their vegetative stage, it is important to give these plants as much daylight as possible. The warm and heat coming from the sun can really stimulate the eventual growth of your Gelato plants.

Once they enter the flowering stages, you won’t have to worry as much. Transferring them under some shade will help bring out the purple and blue hues in its leaves and buds. This, of course, will still require the area to be dry and humid.

The Gelato strain isn’t the fastest flowering plant but it isn’t the slowest, either. It takes approximately around 8 to 10 weeks for this strain to fully mature. For outdoor growing, you can expect harvest time to come around mid to late October. The Gelato strain produces a yield that is fairly generous for both indoor and outdoor setups.

This Gelato strain produces a very strong and pungent scent that you can notice even if you are a respectable distance away from it. The aromatic smell of sweetness mixed with diesel tones are observable even during the flowering process. However, be careful as this might not sit well with some neighboring houses that might be exposed to the plant’s smells!

While the smell isn’t overly sweet, you will definitely notice a slight sugary smell mixed with undertones of oranges and berries. A stinging tangy aroma will also invade your nostrils as you start grinding away on the fresh buds of your crop. Anyone who likes earthy and musky aromas will appreciate this strain as it is nothing too overwhelming yet not too unnoticeable.

Because of its name, you might be thinking that Gelato provides a very sweet and insanely sugar-like taste. However, that is not the case. In fact, Gelato carries more of a creamy and vanilla taste rather than having candy-like flavors. The good balance of skunkiness and tropical fruits also add more layers to the already complex set of flavors that this strain has.

As such, this premium hybrid definitely has the flavors to attract any smoker out there. It is one of those strains that carries a very safe and widely accepted taste that anyone will love!

To keep things straightforward, the Gelato strain is a very strong and hard-hitting strain. The THC levels can range anywhere from 18% to 26%, which means that only a little of it will go a long way! However, the mesmerizing and awe-inspiring high from consuming it is what makes the strain so beloved as you can’t get it anywhere else! The Gelato strain isn’t something that hits you instantly with a barrage of different sensations.

Instead, it slowly makes its way to your head at first. Your mind starts feeling a lot lighter and dreamy. Additionally, this cerebral sensation increases both the tranquility and focus of a user, which is a direct result of the balance in indica and sativa genetics.

The Gelato high is much more cerebral in nature as it works various effects on your mind. But you also get some relaxing and massaging sensations that work their way all across your body. Instead of numbing your body, you will instead feel a lot more invigorated and refreshed to take on any task that you have during the day!

Despite being indica-dominant, the calming and relaxing sensations won’t induce any sleepy or drowsy feelings in the users. Instead, you may even feel much more happy and stress-free. These traits have led it to being a crowd favorite among other strains. It is a very flexible and versatile strain that works well for both day and nighttime use! The mix of vibrance and calmness makes for a great social strain for sharing.

Because of the insane amount of purposes that Gelato provides its users with, it shouldn’t be any surprise that people also use it for its medical benefits. With the ability to treat different sets of physical and mental conditions, patients will find more than enough medicinal value from Gelato.

For starters, the mellow and calming physical buzzes that you get from smoking Gelato help release any pressure that may be causing you any pain and discomfort. These work great for mitigating conditions such as chronic pain, migraines, inflammation of the joints, and even arthritic conditions.

And while smoking Gelato recreationally stimulates your alertness and focus, taking large enough doses may even help patients diagnosed with insomnia to feel relaxed and light-headed. Of course, the main benefits of Gelato lie in the mental aspects of things. It is especially effective in dealing with stress, anxiety, and depression. Patients suffering from these conditions will find relief in using this strain as it gets rid of any negativity surrounding them. Through Gelato, a patient will forget all the problems that might be worrying them and instead fill their minds with a heightened sense of happiness and euphoria.

The Gelato strain is a very potent choice of weed, which means that it may not sit well with beginners or those who are still easing their way into the smoking scene. As such, having too much of it may cause a very strong feeling of paranoia and anxiety if taken under the wrong conditions.

If you have a low tolerance to THC, then the strong onslaught of mental waves may cause some dizziness in its users. While this will typically wear off after some time, it is still a clear indication of toking more than you can handle!

All things considered, the adverse effects will typically be experienced by those who are not well-prepared for this rich and strong strain. We recommend building up your tolerance to THC first before taking on this legendary hybrid!

The Gelato marijuana strain is a hybrid that fits only the worthy smokers. In addition to being fairly hard to come across and cultivate, the strength of this strain should not be taken lightly.

If you happen to chance upon this strain in the future, make sure you know what you are getting into! It is truly one of the best and most potent weed strains available today. With a high that you will need to experience and understand. Know why the legend of Gelato will continue to grow for many years. 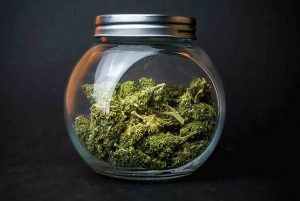 Through innovations and up to five years’ work and development, the Jack Frost was able to break through the ice. 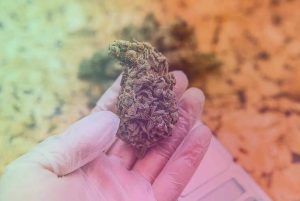 There are only a handful of marijuana strains that can be considered as legendary in every sense of the word. 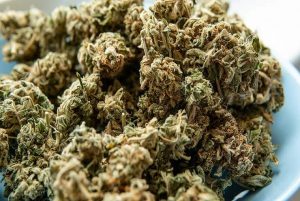 Great white sharks are truly magnificent beasts of the ocean. While they may come off as terrorizing and dangerous, they