What are Landrace Marijuana Strains 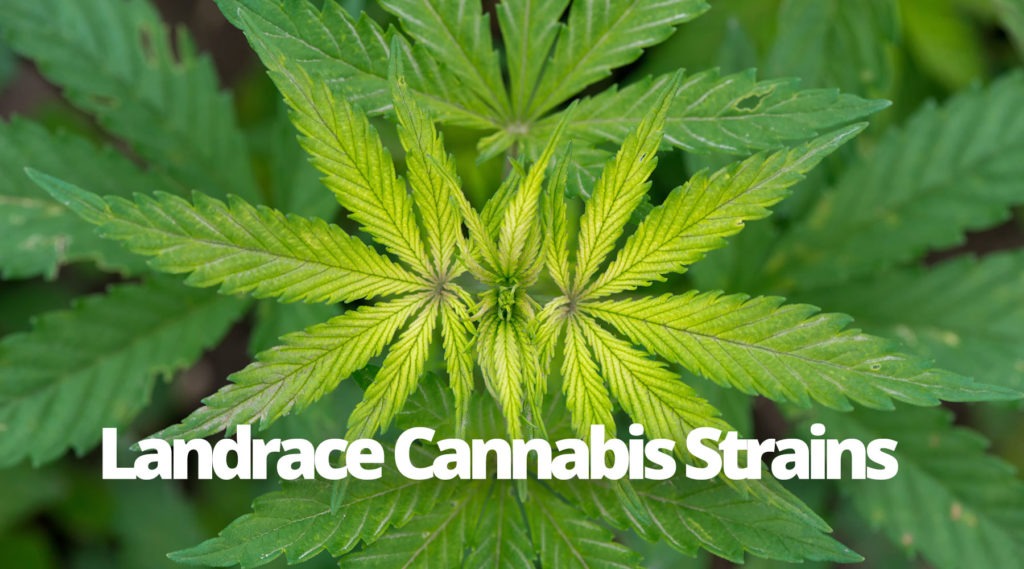 There are a lot of things to consider on planting or buying marijuana. There are a lot of variety and strains that you could choose from depending on the location, price, and quality of your marijuana. Thus, a high potent marijuana is what everyone seeks when it comes to smoking. A cloud nine feeling for which you’ll enjoy with. Well, if you are still deciding what to smoke with, then you should look upon Landrace Marijuana Strains. This rare strain of marijuana has been looked out by a lot of stoners when buying out marijuana. That is why this article will give insights about landrace marijuana strains and might as well give you tips on handling, growing, and even buying out these rare strains that you will enjoy having it!

Landrace Marijuana is a special strain and type of cannabis. Landraces are said to be a primitive cannabis and even considered as the original ancestor of modern and hybrid cannabis that we’ve known today.

Historically, about 2900 B.C. cannabis has been part of human daily living. It has been used in medicine, cooking, food, and to religious activities including rituals and feasts. Well, in fact, there were remains found in China and related regions in Central Asia that proves the existence of cannabis in such place.

However, there are also records that landlaces have been originally cultivated in the mountains of Hindu Kush region in Afghanistan and Pakistan. There are even theories related to the use of cannabis as part of the ingredients of the anointing oil that has written in the book of Exodus.

Because of the rise in trade and commerce in the later century, these strains of marijuana have been planted to other countries. During the 1960s to 1970s landrace strains have spread across the globe and is being planted by marijuana farmers. As time passes by, these strains of marijuana have been altered to adapt to the weather and geographical conditions. People also produce out hybrid marijuana to allow variety and to cope up with the world’s demands for marijuana.

As of today, pure landrace strains are quite rare to exist. However, there are a lot of landlace heirloom varieties that are being purchased and sold out to marijuana users.

This marijuana strain is really quite different because a lot of people have spent on money just to find this special marijuana strain. Arjan Rosjam, founder of Amsterdam –based Greenhouse seeds and Franco Loja have invested millions of dollars in search for a landrace marijuana strain variety across the world.

Yet, this is just a small plant like any other cannabis that we have seen. But nonetheless, these strains are quite rare and very hard to find one. People hunt for it because of its unique flavor and high THC content that produces a different kind effect into your body. Likewise, some people denoted on how these strains are best among all other strains of marijuana because of its high smoke quality and its multi-varying benefits into the body. Likewise, these strains are really hard to find now because of its extreme sensitivity to weather changes. These types of marijuana strains should be well-kept to a particular surroundings and environment as the plant needs to be. If those conditions weren’t met, the plant will likely adapt and alter its properties or died out accordingly.

Even though quite rare, there are still pure landrace strains of marijuana being grown up to multiple countries worldwide. These strains are environmentally sensitive and do not cultivate upon other locations. Therefore, a lot of these landraces bears the name of the location for which it is grown exclusively. These include the following;

These cannabis plant has said to be found on the shores of Malawi, Africa. This cannabis variety is known for its genetic flexibility to hybrid on phenotypes that releases a variety of flavor and smell that most marijuana users love. Likewise, a lot of these phenotypes are sold through markets.

These landraces are among the primitive landraces and are only found in the fertile wild and hills of Hindu Kush Mountains in Pakistan and Afghanistan. This pure strain or marijuana has been known for treating various ailments like inflammation and depression. Thus, this releases a strong and addictive scent that stoners will really like.

Cultivated in the city of Durban in South Africa, it has known for its advantages into human health. It has been using to treat depression and anxiety. Also, it balances out insulin levels for which is very helpful to those with diabetes because of its high THCV content. Likewise, these landrace strains are known for their sweet and fruity aroma.

Hails from the land of Acapulco in Mexico, these 80:20 Sativa and indica landrace. It thrives in warm climates and is very difficult to grow indoors. It has been using to treat anxiety and migraines. This is among the popular cannabis strains in the USA. Likewise, it has a distinctive earth-like smell and flavor resembling a chestnut. Like any other landraces, it has high THC levels for which on average contains 24%.

A different kind of cannabis strain in South East Asia that is most often found in the wilds of Thailand. It is mostly known as Thai Sticks because of its unique way of drying. In the traditional way, one needs to tie it along sticks to dry it out. It induces a citrus and relaxing aroma and effect into the body. Nonetheless, it has varying phenotypes and hybrids that are available for planting and for smoking in the market.

Known for its long duration of flowering, Panama Red is one of the famous Sativa strains that are being used by cannabis users. It is exclusively grown to Panama and has relatively significant effects into the body. Like any other landraces, it has high THC levels resulting in its varying health benefits. It is most often associated with old school marijuana.

Where to Buy Marijuana Landrace Strains?

Though these strains are quite rare you could buy smoking pots online or through legal medical dispensaries in various states and countries. There are also hybrid seeds that are available for purchase in order to enjoy still the tastes of landraces the way you cultivate it. But nonetheless, you need to remember that these types of strains are quite sensitive and thus, extreme care and protection is needed for cultivation. It is best to follow instructions, ask, and research through it in order to take a full grasp regarding it.