How to Make Moon Rocks, and What is it? 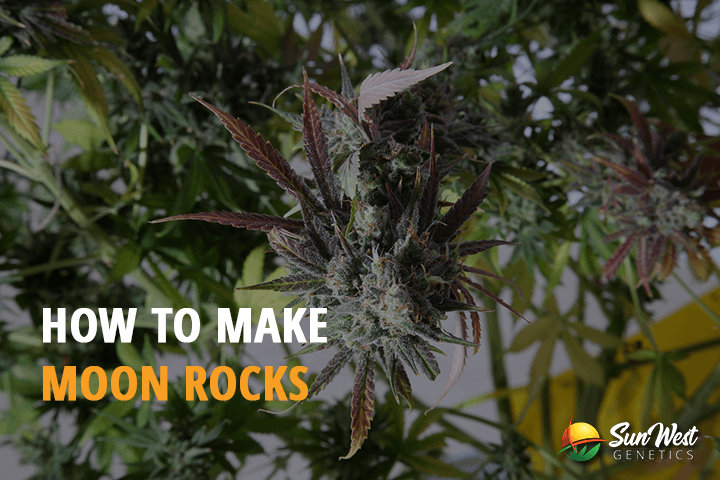 With the advancement in the cannabis market right now, a lot of products emerged and sold like cupcakes. With the legalization of marijuana in many cities in America, Canada, and Europe, more and more breakthroughs are coming out; improvements in the appearance, application method and modification in the genetics are made.

One of the newest is the moon rock. Cannabis enthusiasts may be familiar with this already, but not all people know about it. Despite its famous lineage, moon rock is still relatively obscure.

What are Moon Rocks?

Moon rocks are not a marijuana strain; rather, it is a mixture of weed, cannabis oil, and kief or hash. The name moon rock came from the resemblance of the kief roll to MDMA dust known as Molly. In a more straightforward explanation, moon rocks are cannabis nugs covered with cannabis oil, then rolled into cannabis dust (kief). And as many would say, moon rocks are the most active form of cannabis existing at present times.

Where did moon rock come?

Moon rock’s origin is hard to track down, but most people link it to the rapper turned cannabis enthusiast, Kurupt. As proof, the artist even has his own trademark business line of moon rocks called “Kurupt’s Moonrock.” The business’ website claims that they created moon rocks; nevertheless, there are also other variants of moon rock that are available at dispensaries in the country.

Making moon rocks is not easy; often, an experienced person needs to do it. The process of combining oil, kief, and the nugs into a perfect form is primarily a form of art of its own. Indeed, only a smart user can do that.

What you need to make moon rocks

Steps on how to make moon rocks

How to enjoy moon rocks?

You may either purchase or make your moon rock, and it does not matter. You can smoke moon rock in the same way you smoke regular buds. The one thing that you need to remember is to watch out for the layer of kief. Make sure that when breaking the moon rock, you don’t lose the kief; otherwise, the smoking experience is not complete.

If that’s the case, avoid using grinders, instead, use a sharp knife. After chopping the moon rock, roll it into a tube, pack a bowl, or put it inside a pipe, then start smoking.

Aside from the traditional form of moon rock, it can be incorporated into edibles now. You can even make moon rock brownies, and enjoy getting high with moon rock without smoking it. And the good thing about moon rocks is, it is wrapped into a single nug with each form of cannabis, nothing goes to waste with it.

Moon rocks are simply the most active form of cannabis for obvious reasons. A lot of people say claim that this combination almost composes products with 51% THC levels. It is the kind of scale that even the most seasoned enthusiasts may not handle.