Home » Blog » How to Grow Indoor Marijuana Seeds in the USA?

How to Grow Indoor Marijuana Seeds in the USA? 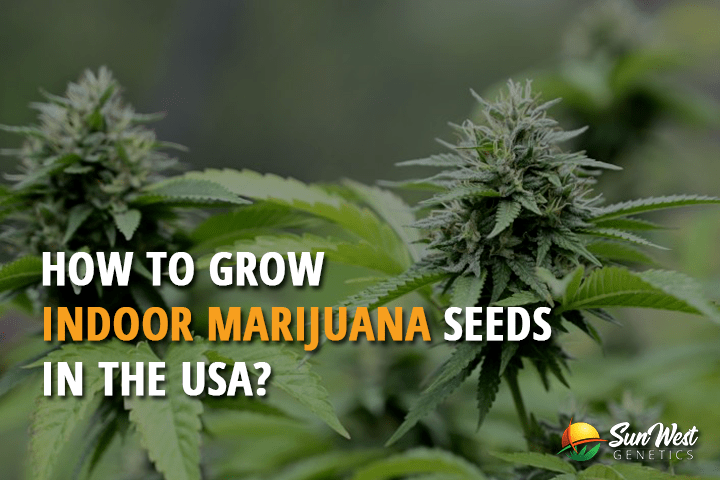 The United States of America is one of the world’s superpowers. It’s a vast country-driven with a diverse economy, cultures, tradition, and races or ethnicities. It has rich biodiversity with beautiful terrains, wildlife, and climatic conditions. Additionally, it’s the third most populous country in the world behind China and India. It’s bordering countries on its northern and southern position, Canada and Mexico respectively.

Moreover, the country possesses 50 states with all known to have an administrating state government. Each of its state government is under different laws and policies for which separately manifests a process of jurisdiction.

With regards to its policy differences, one of the policies that are entirely conflicting from state to state is ‘the cannabis laws’. As more states have strong legalization policies, there are still conservative states who had different views of cannabis.

In this article, we’ll examine the legality of selling and cultivation of cannabis in the USA.

The History of Cannabis in the USA

Cannabis had been long cultivated in the country ever since the early 1600s. A decree was even passed to permit the expansion of the hemp industry by 1800. As hemp is used in the manufacture of fabrics, it was one of the three primary commodities in the country. In fact, a sketch of a cannabis plant has been placed before in the ten-dollar bill until its eradication on the early 1900s respectively.

Early study of the cannabis plant had been conducted in the early 1850s. It has been disposed of in pharmaceuticals as a recreational and medicinal drug which were only sold given with a doctor’s prescription.

Later on, during the late 1890s, the herb was used as a smoking medium. Joints as similar to cigarettes were popularized among the masses. Though there are subsequent actions to ban the herb, there are still unclear laws regarding it. Thus, it was neither prohibited nor allowed during that time.

By the early 1900s, the cannabis was labeled as a ‘poison’ and a ‘dangerous drug’ by the several state laws. This amendment was strengthened through an article published in the New York Times stating ‘the cannabis indica makes sense. However, the hashish (sativa) is highly narcotic which affects a lot of people’.

Furthermore, the illegalization of cannabis was intensified through several conventions and policies including the International Opium Convention, United States Narcotic Drug Act, and the establishment of Federal Bureau of Narcotics which attempts to take sanctions to people who uses cannabis and any other illegal drugs such as opium and heroin.

The laws related to cannabis were revisited upon the arrest of Robert Randall in 1978 which cultivated cannabis to relieve symptoms of glaucoma. The charges were dropped during its trial and allow him to use cannabis to treat it.

This prompted the government to create the Compassionate Investigational New Drug Program which aims to discover new drugs to cure diseases. The cannabis was furthermore tested for trial into several diseases including AIDS which allowed its use to several people.

During the late 1970s to early 1980s, legislation was passed to allow the use of medical cannabis. It was then, strengthen through the reclassification of the herb from Schedule I to Schedule II drugs.

By 1991, the first dispensary opened was in San Francisco, California. By 2012, recreational marijuana was legalized in Colorado and Washington. In 2016, several states including the California, Nevada, and Maine had legalized the use of the herb.

The Legality of Cannabis in the Different States of America

It’s important to know that medical cannabis is legally allowed in all states in America. However, it should come with a doctor’s medical prescription noting how the drug could help the person upon suffering from an illness or disease.

Growing Indoors in the USA

Indoor cannabis cultivation ain’t that easy. It’s vital that you have sufficient knowledge regarding the process related to it. You have to do research on some possibilities for indoor growing. You could choose a lot of options as there are methods that could be employed for indoor cultivation.

But nonetheless, first and foremost, you have to know the laws of the area.  Is it allowed to grow here? How many plants should I cultivate?  As each law varies from each state, it’s important that you’re updated as to changes with the laws regarding cannabis. In such a way, you’ll be able to take succeeding steps as to where to place your cannabis. It’s either to put it in a discreet or an open location.

Second, you should have a concrete design and location of the area for cannabis planting. Be creative on this part and browse on the internet for ideas. Research is vital to design. Moreover, find a location that’s entirely friendly to you. Make it discreet as much as possible. Though it could be legal at that state, some people may complain or judge you upon growing cannabis plants.

Additionally, you should know what strains are perfect for indoor cultivation. As some strains may not available in the place your living, it’s important that you should be able to choose a couple of strains as a substitute for growing in case one fails. Also, choose a strain that will describe the most of yourself. As cultivation have different levels of difficulty, select a strain that’s convenient for how expert are you in cannabis cultivation. Settle for a beginner strain if you’re a newbie as needed.

As it slowly becomes more liberating towards cannabis, might as well, we hope that it could also shape the world’s perception towards cannabis. It will just take a matter of time.