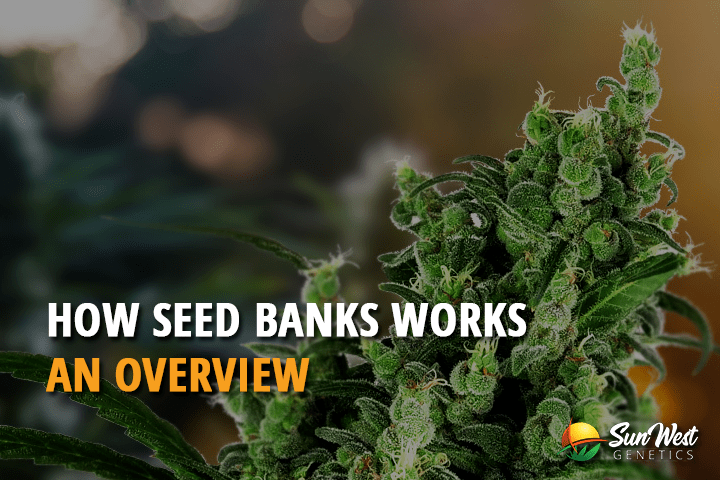 Weed seed banks are pretty popular nowadays thanks to how marijuana has grown in terms of usage ever since some states in the United States and the entire country of Canada decided to legalize its use for both recreational and medicinal purposes. As such, there are now more Canadian marijuana seed banks coming out in the open in the hopes of taking advantage of the major surge of cannabis’ popularity in the country.

While dispensaries and licensed marijuana retailers are the major (and legal) way of getting marijuana in the United States and in Canada, there are probably more people ordering seeds and bunds online from cannabis seed banks to grow their own cannabis plants at home because such is also legal. In that case, marijuana seed banks are now indispensable parts of the weed industry as a whole since more people get their supply of marijuana primarily from seed banks.

What are marijuana seed banks?

When you hear the term “seed bank”, it usually connotes something that is related to cannabis. After all, marijuana is the world’s most popular plant and it only follows that its seeds are also the most popular in the entire globe. However, seed banks are not entities that are exclusive to the cannabis community. They are, in fact, shared by the entire plant and crop world.

In the general sense of the term, seed banks are entities or bodies that actually store seeds as if they were banks. Our planet is the host to a wide variety of plant life that can probably only be found here and nowhere else in the entire universe. However, with the direction the world is heading to right now, there is no certainty that the plant and crop life we have in this planet will have an indefinite existence that will last for as long as the sun shines on our solar system. There are now many natural and artificial or man-made threats that can very well cause the downfall of plant life here on earth. As such, seed banks were created to make sure that does not happen.

Seed banks exist for the purpose of making sure the world’s plant and crop life will continue to exist despite the many grave threats they face from natural and man-made calamities. They house the genetics of different plants or crops to make sure that, if ever something happens to the plants growing in the wild, their seeds are stored safe and secured for future propagation.

Due to the International Treaty on Plant Genetic Research for Food and Agriculture, seed banks grant to farmers and researchers access to different seeds only for the sole purposes of research and agriculture. So, in case a certain body of farmers want to find new ways to increase crop yield or in case of researchers want to study the basic genetics of certain plants, seed banks can grant them access to the seeds they need to further their goals so long as it is for the benefit of all mankind. Simply put, seed banks have an altruistic purpose that will prove to be invaluable in case something that could threaten plant life on earth would actually happen in the future.

Meanwhile, cannabis seed banks work similarly but are actually a bit different. Instead of keeping seeds for an altruistic purpose, marijuana seed banks store the genetics of different cannabis seed strains for a business-minded purpose. In other words, they exist primarily for profit.

However, that does not mean that marijuana seed banks are anything less than beneficial. Because these seed banks store the genetics of different cannabis strains, they have a lot of potential benefits to biodiversity especially if you want to consider the fact that not all marijuana strains have the same attributes and properties.

For instance, when certain breeders or researchers want to use the genetics of certain cannabis seed strains to produce new strains with beneficial properties such as resistance to the ever-changing climate or increased crop yield, they can simply secure such seeds from a reputable seed bank.

Medical facilities can also always go to a reliable marijuana seed bank if they want to come up with a new strain that can benefit the medical community by developing a new type of cannabis that has better medicinal properties than the ones in the market today. Who knows? Maybe a seed bank will one day be responsible for assisting a researcher in finding the elusive cure to cancer or to HIV.

How to marijuana seed banks work?

Now that you know more about marijuana seed banks, you might wonder how these entities work. First of all, a marijuana seed bank works by sourcing its seeds from different breeders and seed producers all over the world. There are certain types of breeders and producers that specialize in growing a few specific strains. As such, the best way for a seed bank to get its hands on the highest quality seeds of such strains is to go to the breeder who actually developed such a strain.

Second, marijuana seed banks actually develop strains themselves. Because they have access to a diverse range of marijuana strains, they can easily come up with their own proprietary cannabis strains by mixing one with another and by letting the offspring undergo generations of stabilization. And when such a strain is now stable enough for the general market, these seed banks sell seeds of those strains under its own name and banner. That is why you see a lot of marijuana seed banks that sell strains exclusively under their name.

Finally, cannabis seed banks mostly work through the internet. Because marijuana seed banks are not legal in most states and countries where marijuana is strictly regulated by the government, the best way for seed banks to reach a wider audience is through the internet. That is where they allow their potential customers to choose their strains and seed types and order them online after payment. Of course, since marijuana cultivation is not legal in most countries, you can be sure that the best seed banks deliver your cannabis seeds in the stealthiest ways possible so that it will be almost impossible for the authorities to detect that the package actually contains weed seeds.