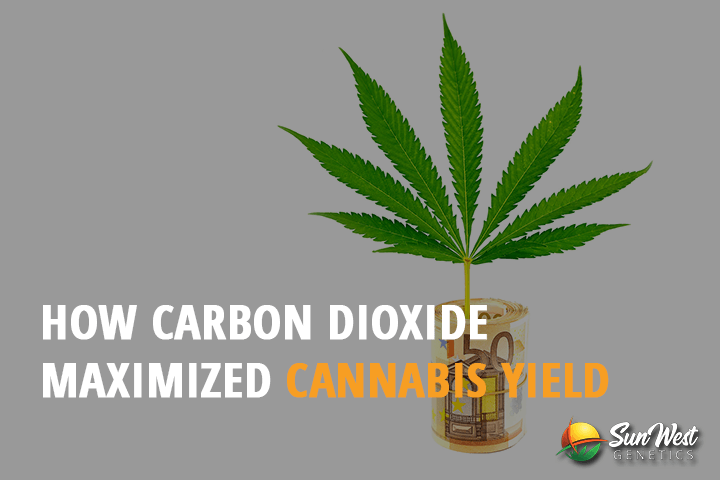 Given this booming industry of weeds and interrelated crops and goods, it is not easy to manipulate hundreds of varying processes and methodologies used in.

Furthermore, maximizing cannabis’ yield means thinking of effective ways, tricks, and tips that would greatly help the overall production of the cannabis plant.

Every plant needs nutrients, specifically micronutrients, to be a catalyst for higher yields. Cannabis growers always hope for the best yields for them to harvest much more crops than they have expected. They continue to explore new avenues and techniques for them to achieve greater yields.

First of all, it will often reduce your subsequent yield to maintain non-optimal growing room conditions. The most common errors are incorrect levels of airflow, temperature, and moisture, along with incorrect levels of nutrients, pH, or watering frequency. Although plants do not display visible signs of distress, adjusting the variables will give them a significant lift, but it is unavoidable.

It may be useful for inexperienced growers to look at the first few grows as test runs were effectively developing, flowering, and cultivating the plants can be considered as a success without losing them to illness, pests, insufficiency or toxicity.

In the midst of global warming comes augmented levels of carbon dioxide in the environment, which greatly profit the specie of weeds. Carbon dioxide works as a stimulant to insidious unusual grasses, resulting in advanced growth rates.

There is significant extensive research showing the efficacy of adding atmospheric carbon dioxide when trying to boost the growth rates of different crops, including Cannabis.

How do Weeds Use Carbon dioxide?

Carbon dioxide is defined as a colorless and unscented gas that plays an important role in the earth. It plays a significant part in the growth and development of plants, and its presence is needed for photosynthesis to take place. This is a critical process in a plants’ life.

Photosynthesis is the process by which plants use the energy from sunlight and carbon dioxide to produce by-products, sugar, and oxygen.

As the oxygen is being dissipated back into the surroundings, the plant utilizes the sugar to produce more flowers, thus, stimulating its growth and development.

By escalating the amount of Carbon dioxide in the environment, growers can potentially improve the growth rate of the plant and concurrently excite up their yields. It applies the same process on weeds.

What to Consider Before Adding Carbon dioxide to Weeds?

Weeds with weak root systems may die even if sufficient carbon dioxide is given. Healthy root systems need sufficient aeration to use oxygen and to consume water and nutrients.

It implies that you should not overwater or dehydrate the growing medium in which the root system is submerged.

In carbon dioxide to function, its magic, chemicals, and pests must be managed. It is necessary to control pesticides. Synthetic solutions can harm the environment, the weeds, a natural ecosystem’s symbiotic members, and cannabis users. There are a host of natural and toxin-free pest control alternatives for weed predators to ward off and kill.

Weeds experiencing burning or insufficiency of nutrients will not benefit from supplementing carbon dioxide. Too many nutrients can be provided for Cannabis when using chemical fertilizers. Like humans, an overdose of nutrients is toxic to the cannabis plant. There are natural ways to fertilize plants that need further upkeep but are much less dangerous. Monitoring the plant for nutrient insufficiency is also critical, as this will make it not viable for the weed to stay healthy.

If there is not enough space, it will emit extra carbon dioxide. Photosynthesis, as explained earlier, includes a mixture of water, light, and carbon dioxide. The trick will be rendered by a strong light source such as HPS or LED lighting.

Higher amounts of carbon dioxide would also contribute to higher moisture content. Cannabis growers should invest in a durable dehumidifier to shield and defend their plants from the hazards of high humidity.

Eventually, sealing the grow room becomes crucial such that carbon dioxide will not leak out of the house. It is particularly valid if there is a link between your through space and living space. Concentrated carbon dioxide levels can be harmful and become a threat to people, so make sure you don’t breathe it in or let it leak into your house.

But when the levels of carbon dioxide are increased to its optimum, it will generate too much heat that could reduce the momentum of growth, or it could even kill the weeds.

How to Add Carbon dioxide to Grow Cannabis?

Note, you should invest in quality equipment to test the ppm (parts per million) of carbon dioxide in your growing space for the best results.

It is almost impossible to measure if the plants are getting the right amount of exposure without an accurate measuring device of how much carbon dioxide is in the environment.

On the other hand, it is difficult to manage a growing space with such elevated carbon dioxide concentrations because the carbon dioxide that rates over 3,000 ppm is toxic and hazardous to humans, and amounts of about 5,000 ppm are deemed deadly.

Since Carbon dioxide is said to be much more massive than oxygen, it should enter the growth room from above, so it will naturally descend to the bottom part of the room. Ensuring the ventilation to make sure that the carbon dioxide is evenly spread and distributed inside the room is a must for growers.

Carbon dioxide generators appear to be just like the veranda heaters and make use of propane or other innate gases to generate carbon dioxide. It is essential to understand that they generate extra heat that can be extra difficult to regulate and manage, particularly in a small vicinity.

Carbon dioxide tanks hold compacted carbon dioxide that can be readily released into the atmosphere. These are the perfect equipment to produce their carbon dioxide as for smaller growing operations or farmers who don’t want the extra nuisance with a generator.

For a variety of reasons, including legal issues and space constraints, indoor growth is becoming increasingly popular. Whatever the reason, it is highly suggested experimenting with carbon dioxide levels if you are looking to maximize the potential of your indoor plants.

Increasing carbon dioxide levels in your grow space has a cheaper and more convenient way. There are alternative ways to increase the levels of carbon dioxide in a grow room without spending big time.

A few also utilize strategies that require an open fire such as a Bunsen burner. This sort of carbon dioxide era is exceptionally troublesome to monitor, so cultivators won’t know how much or how small carbon dioxide is really discharged.

Additionally, this is an extremely unsafe alternative since indoor grows are already warm, and there are full of electrical wires and water. The hazard of fire or blast exceeds the good thing about carbon dioxide created from these strategies.

Cannabis growers continue searching and exploring various methods and processes to uncover new techniques and ideas for them to accomplish greater yields.