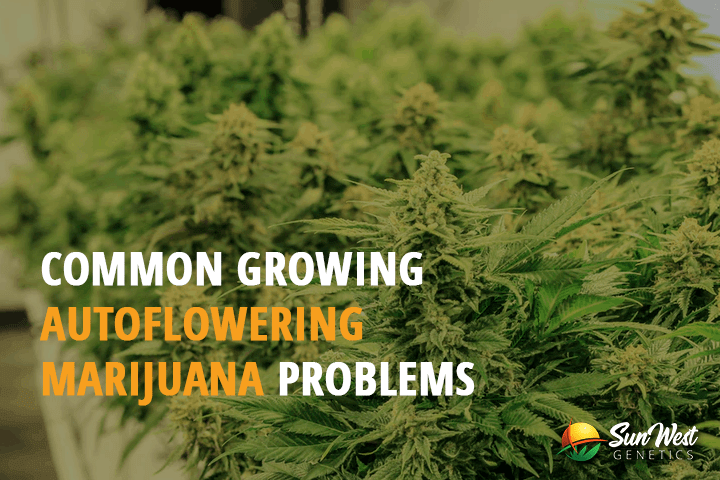 Growing an autoflowering marijuana can be a good choice for some growers. Some of them want to grow an autoflowering because they have a growing issue due to their changing weather or climate and most of these auto growers are always looking forward to growing a marijuana plant in just a matter of 60 to 70 days starting from the germination period up to the harvest time.

Autoflowering marijuana plants are too sensitive when being transplanted to other container or pots. They are not the same with the other strains where you can start to grow them in cups or regular pots then transplant them after some time to optimize their full growth.

So since they are prone to get some disease and other growing issues once transplanted, most of the growers would rather grow them in one container or pot just to avoid stressing the autos.

Some may love to grow smaller versions of marijuana but for most of the cannabis growers, they hate to see small marijuana since it only means that they also have smaller yields.

Although there are different smart ways on how you can enhance the yields of an autoflowering marijuana, you will still end up getting unimpressive yields because that’s their true nature.

So if you have bigger growing room or outdoor space for marijuana or you hate to see small marijuana plants, then autoflowering marijuana is totally not for you.

For those who are aiming to grow a marijuana plant simply because they want higher THC content, the autoflowering marijuana will just disappoint you because they don’t produce the same THC content with the rest of the strains such as the Indica and Sativa.

And one of the reasons why they contained lower THC is because they belong from the Ruderalis genetics which is known for having lower amounts of THC. Additionally, they produce lesser yields and that means that their THC will also be affected by this.

So better look for other strains if you are crazy in love with marijuana strains that can grow with higher THC levels.

They need more lighting during their flowering stage because this is the only way for them to maximize their full growth. And that means you need to use more electricity to support the needs of your autoflowering.

So if you are not willing to spend more money to pay your electricity bills, then better look for other strains that would only require you to use regular lighting requirements.

Generally speaking, if you are a detailed cannabis grower who has a lot of desires when growing a marijuana, then autoflowering cannabis plants is not for you. But if you are a type of grower who only wants to get an experience because you are curious about the characteristic of autoflowering, then go for it and make sure that you will make the most out of it. So whatever is your choice, always ensure that you will never regret your decision to avoid blaming other people. Happy growing and good luck!