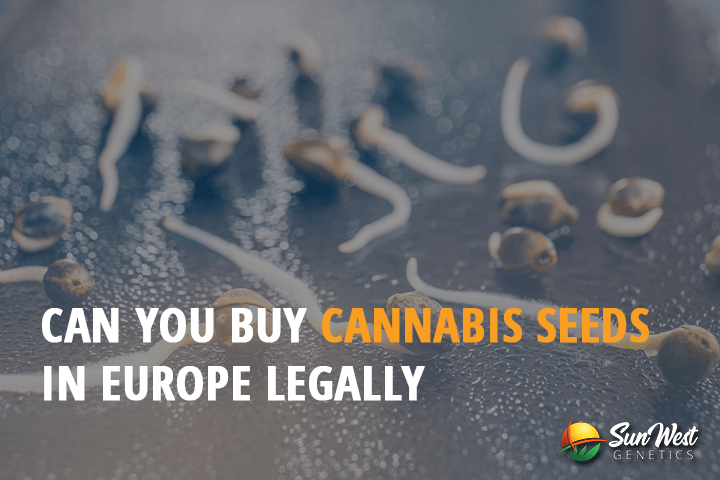 Europe is really a wild card when it comes to the cannabis legalization problem. Unlike its US counterpart, Europe is made of other countries instead of a federation of states. Each country is responsible for its own cannabis problem. However, the European Union (EU) tries to control and moderate the standard, feminized, and autoflowering cannabis seeds in Europe. Similar to its US counterpart, there are some countries that go against the European Union’s judgment.

On the blog Health Europa, the European Union has only made cannabis available in a medical form. In other words, it is only allowed for medical use only. The recreational use of cannabis is not technically allowed yet. The European Union uses and bases its judgment by comparing results to other countries such as the US and Canada to get a better understanding of the effects of legalizing cannabis plants.

Ah, yes. The Netherlands. It is not a hidden fact that the Netherlands is globally known as one of the biggest cannabis capitals of the world. With the highlight city of Amsterdam leading the way, the Netherlands will always be on the top of any list of cannabis lover’s bucket list.

Netherlands is not ashamed of the fact that it publically allows cannabis anywhere and everywhere. Just as long as you do not outwardly say where to go smoke. Most people from the Netherlands will recommend a good “coffee shop”. This is Dutch for “cannabis cafe”. Go figure.

In Quinton Tarantino’s 1994 hit gangster movie Pulp Fiction, there was a line that was said by Vincent, one of the main characters. It contains one of the pot policies in the Dutch government.

Cannabis is not quite legal in Spain. So why is this on the list you might ask? This is because cannabis is sold via membership such as the ones in Barcelona. Possession of cannabis is not decriminalized which means that you can get thrown in jail full-time if caught. To keep tourists from buying memberships to smoke cannabis, Spain has made certain laws that keep tourists away from cannabis. They did this in order for people to come to Spain to enjoy the culture and destinations instead of its exclusive cannabis memberships.

The country of love is also known around some parts as the country of cannabis. In France, like Spain, it is not technically legal to possess cannabis with the exception that it is for medical use only. However, it is tolerated. The secret behind this is that one cannot be too obvious when smoking cannabis. It is not a criminalized event when caught though. If worse comes to worst, you will just get a fine.

According to Forbes magazine, France is slowly opening its doors to the cannabis world believe it or not. Predictions have been made that it will become a runner-up behind the Netherlands as the number one cannabis country in Europe. With many of its residents claiming that they smoke cannabis, France may be making changes to its policies to completely legalize the plant.

In the Czech Republic, medical and recreational cannabis is legal. With the recreational use part, it is not a criminal offense to possess a small amount. The set limit is 10 grams. Along with the set limit, you can only smoke out of the eyes of the police. But isn’t recreational cannabis legal? Yes it is; however, smoking in public where the police can see you will give police the suspicion to search you to see if you have more than 10 grams in your possession

This one is used to be quite confusing. Cannabis in any form is illegal. It seems simple so far, but here is where you start to get thrown off. Personal use of cannabis is allowed. Italy government has now made some revisions to make this a bit more understandable. Medical cannabis is legal, but recreational cannabis is not. However, recreational cannabis is decriminalized, so you won’t get too harsh of punishment if caught. If you really want to buy cannabis in Italy, look for someone who is Moroccan. More than likely, Moroccans know someone who is selling cannabis.

Cannabis in Poland is completely legal. However, you have to be discreet about it. One of the best-known places in Poland to buy cannabis is The Palace of Culture. This establishment is located near a train station, so if you happen to want a quick smoke before you board your train, this is the place to go. It is also publicly known that you can go into just about any pharmacy in Poland to purchase medical cannabis with a prescription.

This is just a brief list of countries that you can legally buy a standard, feminized, and autoflowering cannabis seeds in Europe. Although there is more to it than what I have written down, that mostly deals with the legality of the cannabis plants. Now that you know where you can legally buy cannabis seeds in Europe, you can start planning your European cannabis trip and have at it. Just remember to be responsible when you indulge in this activity.