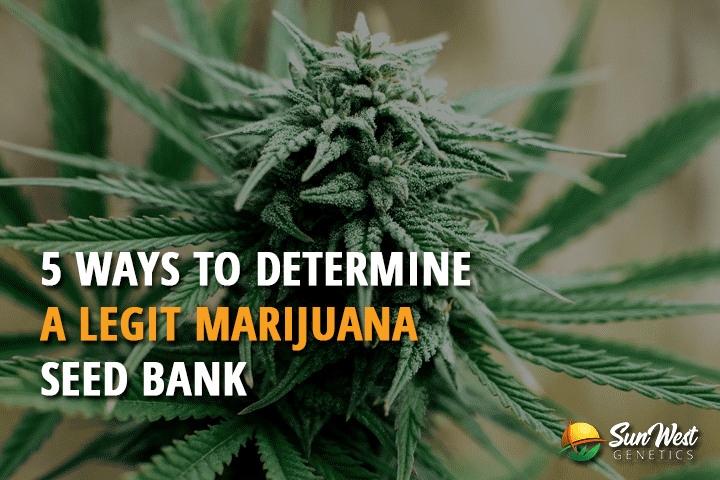 Table of Contents
1 Knowing Marijuana Seed Banks
1.1 The 5 Ways
1.1.1 Through the Internet
1.1.2 Through your Circle of Friends
1.1.3 Through the Government
1.1.4 Through Personal Investigation or Research
1.1.5 Through Marijuana Groups
2 It’s Your Turn!

To be honest with you all, I have issues with trusting other people, especially to those I loved the most. You utter big secrets to them in the hope of they will not tell it to other people, but the next day, something happened the other way around. Another thing is that when I assign a close friend of mine to do some essential tasks needed for our workgroup presentation, but after a few days, no progress has been done and the expected outcome? We all failed.

These are just some petty things to cite as examples for important things in our lives, but what if it happened to you and the primary matter involved here is your money and your expected Marijuana Seeds? Here are the 5 Ways to Determine a Legitimate Marijuana Seed Bank.

A Seed Bank is purposely designed and built for Scientific Studies about different seeds which are intentionally used for storing and keeping seed genes for future purposes, hence they are gene banks.

Seed Banks scattered throughout different nations function as the library of information and room of experiment for seed development, genetic studies and other pertinent measures needed for innovating and maintaining the Biological Diversity of the world.

They are expected to lead the revival of previous strains that ceased to exist, as well as the creation of new breeds for the next generations, and to act as the brain of Cannabis Industry that will keep all of the necessary and important matters subject for archiving and storage.

Illegal Online Shops, as much as possible, are posting less of their company details with their profiles. However, to deceive its visitors and prospects, they flaunt big promos which will tempt every visitor- either old users or the neophytes- to buy their product in bigger scales and larger packs. If the promos are luring, it has to be not surprising at all, especially if the prices are cut more than a half.

However, the problem with these shops is that they have no credible terms of payment, especially when it comes to disclosure of Credit Card Information. With these suspicious acts and too good to be true deals, you must be aware on how to do some background checking on its web contents, especially with the details being posted about their office, contact numbers, and their Customer Care Services.

If you can check the other sites for the people’s review with the said Seed Bank, it’s good. What’s better is to check the authenticity of the public’s review on that bank through plagiarism checking, as well as analyzing the fake reviews through different Online Sites.

With these small ways, you can be able to check a Seed Bank’s Online reputation if it is really legal, legitimate and operational.

Your friend can show you a hundred ways to think and see the world in different perspectives. In a search for truth, you can also ask for their help to look for ways in winning your quest.

In times of your trials and family conflicts, you may not immediately seek for your parents advise, rather, you divert your attention to a friend that you can count on. It is with their words that you somehow seek your expected comfort and words of encouragement, as well as their pieces of advice, which can make you know their personality in a deeper sense, more than the casual, shallow, and petty things you do.

The same applies to seek authenticity with Marijuana Seed Banks. They can be more experienced than you, since they may have the chance to take Marijuana earlier than the time you began using it. In case that you have nobody to ask for, there are Cannabis groups eager to help people like you, who wants to avoid the entangling trap of fake seed banks, stealing away their sets of information, financial details and even tracing their computer and residential addresses which may pose a great danger to you and your family.

The best way to authenticate a public document is simply by asking for the help of your government. They have the power to investigate, research, contact, and conduct in-depth analysis for different confidential and controversial matters in this world.

In the United States, for example, the Pentagon has detected hectares of an illegal Marijuana farm in Afghanistan, through their powerful air assets which can sharply take images from up above, far from the visibility of international planes passing over your lands, and faster than these planes in flying.

The European Council has unfolded a planned attack in one of its major cities by major terrorists in the nearby Middle East, for the sake of spreading fear and terror in their lands.

If these governments can do vast and extensive studies, what more with the marginalized Cannabis sector of the world? The users multiply year by year, but the seed banks grow very slow for the past few decades, and with this, the government can have more time to do surveillance with these seed banks, especially if they are planning to do evil transactions with the public-be it in actual or in digital methods.

Remember that the government has the ultimate power above anything else in a country with established political systems. They can control anything and tolerate everything.

In the event that you are still lacking with the efforts of your friends, government, and even the internet, you can personally try their services.

Directly contact them through chatting or calling the provided numbers they post in their sites. Play as a potential and curious buyer who wants to experience using Cannabis, for the first time. If someone in the other line responds easily, it shows a good indication of a truthful company. If the response becomes delayed for days, it already conveys something suspicious and doubtful.

Majority of the syndicates around the world are using the delaying tactics to prepare for a better attack and progression against their enemies or someone that they want to victimize. In the case of a suspicious seed bank, be wary of how its employees behave, as well as the delivery guy who will give your ordered product right in front of your homes.

As much as possible, when you are doing a personal investigation, keep the space between you and the company that you are stalking, to keep you safe and warm against anything bad, harmful, and evil. Avoid giving your personal details, right away they demanded your information to bring some product samples and let you see the quality of the products that they sell for the past few years.

Every year, there are Marijuana Groups who give recognition to selected Seed Banks for the excellence they have shown for the past few years, especially with the quality of their strains which are considered as award-winning plants. A legitimate Marijuana Seed Bank may not win big awards just to show their legitimacy in the Cannabis Industry, but the moment that they are being recognized by these groups, it translates to the truthfulness that they are aiming during their younger years.

Marijuana Groups serve as great sources of information in determining the fake and legit Marijuana Seed Banks around the globe. They simply have the list of accredited partners in the realms of this great industry that continues to flourish and expand over the course of our time.

Their recognition of your chosen seed bank means that you made the right choice. However, when no big and renowned Cannabis Groups know the existence of a suspicious seed bank, then it may state the obvious, that this seed bank may be considered as something not worthy of the public trust, as well as gaining a small spot in Marijuana Industry.

Remember that a single termite starts infecting in a small piece of wood, until it eats bigger and bigger parts, spreading the infestation like a virus and destroying the whole wood after a while.

There’s no harm in searching if you are looking for a seed bank and personalized Marijuana merchandises up for retail. To have a long-term goal in this Industry is a gift of brilliance! In a world where everybody only wants temporary happiness, your ability to stay loyal with your chosen seed bank is indeed a precious gift for both of you.

Aside from seeking a sustainable future, you will also discover different groups with various attitudes when it comes to running a business and keeping it active for more than the initial target that they did during their debut in this vast and ever-changing industry. They will always put their best and present their achievements before you, but remember, a man’s value will not base from his achievements alone, but with his character when he struggled to achieve and reach the end goal of everything- to be on top.