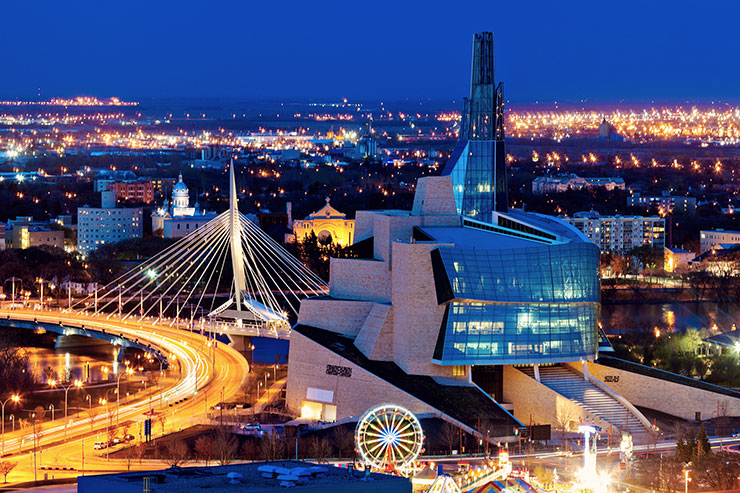 Manitoba, which is also known as the “Keystone State” of Canada, has seen a recent upsurge in the rate of possession and consumption of marijuana ever since the said substance was officially made legal nationwide back in the year 2018. While the cannabis scene over in this province isn’t as prominent as the ones in, let’s say British Columbia and Alberta, it is still very much legal and accessible for citizens and tourists.

As such, using and carrying marijuana even in public places does not lead to any sort of criminal charges as long as it is within the stated limits. There are various establishments and dispensaries located in Manitoba, most notably in Brandon, which are permitted to sell and distribute supplies of marijuana for medical and adult use. Additionally, some cafes and smoking lounges also tolerate the use of cannabis on-site, which is always an added bonus.

Cannabis use in Manitoba had always been highly regulated and controlled by respective authorities. Even before the nationwide legalization of marijuana in Canada, it wasn’t rare to see young adults and citizens of the province using weed for medical and/or recreational benefits. Canada has always been known as a forgiving country in terms of cannabis, and this showed throughout the years.

For anyone living in Manitoba who is looking for weed seeds, SunWest Genetics is the best choice that you will have! Since cannabis cultivation is illegal in this part of the country, getting your hands on local weed seeds may be difficult. So, ordering online marijuana seed banks is the most reliable option you have for growing your own weed garden!

Is it Legal to Buy Marijuana Seeds Online in Manitoba?

Along with the rest of the country, cannabis in Manitoba was banned in 1925 due to the unfavorable and disadvantageous effects that it had on people. For the most part of the 20th century and a good portion of the early 2000s, cannabis was illegal at a federal level in Canada. However, the implementation of cannabis rules and regulations in this place wasn’t the most strict and constrictive with residents still being able to maintain a respectable cannabis scene prior to marijuana legalization. Then, of course, on October 17, 2018, cannabis use was officially made legal across the whole Great White North with the passing of the Cannabis Act or Bill C-45.

Sunwest Genetics has had countless customers from Manitoba that have availed of our products. Because it is a neighboring province close to Vancouver, shipping and deliveries to the Keystone State wouldn’t prove to be difficult at all! In less than a week, we guarantee that our products will arrive safely to your doorstep. SunWest Genetics always makes sure to respect the security and privacy of our buyers so each package we send out is tightly wrapped and contains no information whatsoever about our company or our customers. Our Express Shipping guarantees that customers in Manitoba won’t even have to take one step out of their doors in order to get our potent weed seeds. We deliver our products straight to your homes. High-quality seeds, high germination rates, and fast deliveries are all key points for online marijuana seed banks and SunWest Genetics offers them all!

Ever since the legalization of marijuana in Canada, Manitoba had amplified its cannabis laws and policies in order to ensure the highly regulated use and consumption of the commodity. It is actually known to have one of the most stringent marijuana policies in all of Canada.

In contrast to other provinces, the minimum age requirement for cannabis possession and consumption in Manitoba is 19 years old. Additionally, here are some other rules that you should adhere by:

Adults aged 19 years old or above are allowed to purchase and possess up to 30 grams of dried marijuana in public. Keeping this amount inside a vehicle is permitted as long as the operator of the said vehicle is, in no way, under the influence of cannabis. The Canadian government had mandated other possession and purchasing limits in Manitoba to equal 1 gram of dried weed:

Additionally, no limits are set to the amount of weed you can store in your homes. All supplies of marijuana must be obtained from official dispensaries and marijuana shops licensed under the Manitoba Liquor, Gaming, and Cannabis Authority.

Unlike other provinces of Canada, places which allow the use and consumption of alcohol and tobacco do not necessarily allow the use of cannabis. As such, marijuana smoking and consumption may only be done in private residences and established cannabis/smoking lounges. Public places such as recreational centers, gyms, public parks, schools, churches, and other areas with high volumes of crows must be kept marijuana-free.

Another ruling that differs from most provinces in Canada is the ban and prohibition of home growing cannabis plants. While cultivation of cannabis plants is essentially allowed based on federal laws, provincial policies have banned it here in Manitoba. This province, along with Nunavut and Quebec, make it the only Canadian territories to ban cannabis cultivation. However, in some cases, medical patients are permitted to grow their own weed plants for supplies.

How can I Buy Marijuana Seeds Online in Manitoba?

If you find yourself in Manitoba needing a fresh batch of weed seeds to secretly plant in your own homes, then there is no better place to shop online than SunWest Genetics! As a Canadian online marijuana seed bank, we are capable of shipping and delivering to customers in Manitoba with no problem! Because the province is located in the same country as our online weed shop, it would only take a few days for us to deliver our products to our customers in Manitoba. Additionally, no information about our company and customers is attached to the packages in order to protect the privacy and security of our buyers.

If you are located in Manitoba, then you can easily avail of all our high quality weed seeds through our SunWest Genetics website and social media platforms! Simply head over to https://www.sunwestgenetics.com/ and you can browse all our cannabis libraries and weed seeds that we have to offer! For any questions that you may have, our website also provides Customer Services which buyers may use to assist them with any concerns and questions that they may need.

Many classic strains out there will never go out of style, a prime example being the Blue Cheese strain. This hybrid that comes from crossing Blueberry and Cheese, two very iconic strains, contains a THC content of around 15% to 20%. With a flowering period of 8 to 10 weeks, Blue Cheese is capable of producing some very pungent and robust buds that users will enjoy smoking. Yields can reach up to 500 or 600 grams, depending on the growing conditions.

This CBD-rich strain comes from breeding a couple of pure landrace strains: Thai Sativa, Swiss Sativa, Nepali Indica, and Colombian Gold. As a very well-balanced and versatile medical choice, its THC levels clock in at a modest 5% to 10% whereas the CBD levels can reach up to 15%. It will mature after 10 to 11 weeks of flowering and may conjure up a pretty decent-sized yield during harvest.

As the birth child of some Original Skunk mixed with Early Pearl genetics, the Early Skunk strain can definitely pack a punch. The THC levels can be pretty mellow at 15% or get really strong at 22%, depending on how the seeds are cultivated. Early Skunk’s flowering period ranges 6 to 7 weeks, making it a very fast grower. The short and stout plant structures support the big, dense buds quite well, allowing for a nice yield.

As its name suggests, is the undisputed most famous “purple strain” variant available in the market. As a mix between the Purple Urkle and renowned Big Bud, expect overwhelming yields to go with those mesmerizing hues. The buds of GDP carry a THC level of up to 22%. This strain takes about 10 to 12 weeks of flowering time before it fully matures. Also, yields of these oversized buds are amazing as growers can get up to 1360 grams per plant!

This powerful, hard-hitting indica is the result of crossbreeding Brazilian and Indian landrace genetics with some Super Skunk. The Great White Shark’s THC levels, despite the scary name, are pretty moderate. They measure up to around 14% to 15% most of the time. Around 7 to 9 weeks of flowering time is enough to get the best out of this strain. It is capable of giving a very respectable yield of around 600 to 700 grams if grown under the right conditions.

Should I Buy Marijuana Seeds Online in Manitoba?

British Columbia is colloquially known as Canada’s very own Cannabis Empire due to the widespread production and cultivation of marijuana and cannabis plants in the province. Cities such as Vancouver also boast a very progressive and accepting cannabis scene, which gives tourists and residents the chance to use marijuana freely without getting into trouble with the law. Since planting your own weed seeds is perfectly legal in the province of British Columbia, cannabis enthusiasts should definitely give it a go!

Whether you are a recreational or medical user, planting your own weed seeds offers many benefits. In addition to being a great and fulfilling activity, growing your own cannabis plants ensures that you will have an unlimited supply of marijuana! Of course, you will need weed seeds to get started so try visiting SunWest and avail of our products now!