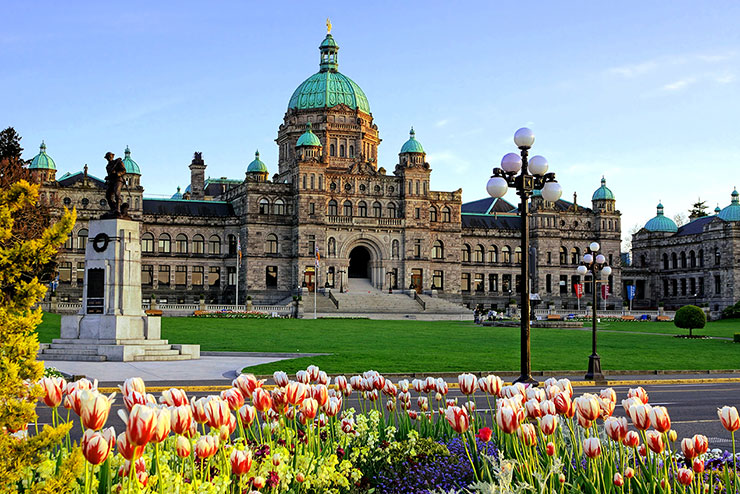 Many different reforms and legislative revisions have taken place in the thriving province of British Columbia in order to deliver the cannabis scene that we know of today. With the eventual legalization of cannabis for adult use taking place, British Columbia has seen a significant increase in the consumption rate of marijuana throughout its whole borders. Citizens are now able to consume and carry marijuana in permitted public areas without having to worry about getting into trouble! A steady demand for cannabis in the market also means that production and cultivation of weed seeds is legal, which opens up opportunities for many residents of the proud province.

While cannabis for adult use wasn’t made legal until recently in the nation, its use and possession in British Columbia (most notably in the city of Vancouver) throughout the years was actually subject to some very forgiving and mild policies. As such, the citizens of British Columbia who possessed and smoked weed illegally were often tolerated or given fair warnings instead of being incarcerated. Now, with cannabis made legal throughout the whole country, obtaining your weed seed supplies from Sunwest Genetics has never been easier! Residents of British Columbia will always want the best quality seeds for their gardens, right? So what better way to do this than by getting your marijuana strains from the best marijuana seed bank out there. With a wide variety of weed seeds to choose from and a germination rate of as much as 80%, all customers will surely enjoy our products! Oh, and did I mention that it is all delivered right to your homes?

Is it Legal to Buy Marijuana Seeds Online in British Columbia?

Cannabis in British Columbia was first banned and prohibited for use in the early 1900s (1925) as Canada was among the many countries to observe the negative and adverse effects that marijuana consumption imposed on residents and workers. Throughout the years and for the most part of the 20th century, cannabis in the country remained illegal. However, changes began in the year 2001 when the highly regulated admission of medical marijuana was legalized. Then, after many other reforms and steps towards the amending of cannabis laws, marijuana was officially made legal in Canada with the passing and approval of Canada’s Cannabis Act or Bill C-45.

The province of British Columbia is one of the Canadian territories with the highest cannabis consumption rates for many years now. In fact, recent studies have shown that it actually has the 2nd highest rate of marijuana use per capita across the whole nation. The city of Vancoucer, in particular, is a very progressive place in terms of its cannabis scene. Many local weed dispensaries and shops, including our very own SunWest Genetics, are actually located in this city.

Furthermore, because of the province’s richness in natural resources and strong presence of green fields, British Columbia has been one of the main centerpoints for cannabis cultivation in the country. In fact, around 40% to 45% of all cannabis in Canada is actually grown in British Columbia, making marijuana one of the most highly demanded commodities in the province’s markets and the top producer of marijuana and other cannabis products in the country.

Age restrictions in British Columbia are set to 19 years old. All cannabis activities such as use, possession, and cultivation must only be done by people meeting the minimum age requirements. This is also in line with the policies regarding tobacco consumption in the province.

Aside from this, there are other cannabis laws established in British Columbia that residents and tourists must adhere to when using marijuana in this place. Let’s check them out:

Subsequent to the passing of the Cannabis Act, people in British Columbia who are at least 19 years old were permitted to obtain and carry up to 30 grams of marijuana in any form in public places.

Cannabis supplies for both medical and recreational use must be obtained from either privately-owned businesses, government-permitted dispensaries, or online marijuana seed banks. As such, SunWest Genetics is your best bet when ordering cannabis seeds in British Columbia. Distributors and providers of cannabis are regulated and administered by the British Columbia Liquor Distribution Branch and the Liquor and Cannabis Regulations Branch.

Considering that measures must be taken in order to ensure that the public (most especially children) is kept away from unwanted marijuana exposure, cannabis consumption is not allowed in places with high volumes of people. These include: recreational centers, zoos, public parks, schools, public vehicle terminals, and the like.

Residents of British Columbia are permitted to grow their own cannabis plants for medical and recreational use. The limits in the law state that only up to 4 plants per household is allowed to be grown, regardless of how many adults reside therein. This must be kept hidden and away from the public’s view.

How can I Buy Marijuana Seeds Online in British Columbia?

As one of Vancouver’s most renowned and reliable sources of weed seeds, SunWest Genetics has provided some of the most high quality and premium strains to citizens of British Columbia. With seeds that are bred and propagated in the very soils of the province, it doesn’t get any more local than this! SunWest Genetics takes pride in upholding only the highest standards in processing all our products of marijuana. From the research process, breeding, up until packaging our weed seeds, we make sure that our quality control is second to none. SunWest Genetics also offers some of the most reasonable prices that you can find in the whole country! Our highly rated weed seeds have made countless growers of British Columbia satisfied with their purchase as we make sure that every customer gets the best value off of their money.

Now, since SunWest Genetics is located in the very heart of British Columbia, orders from customers in the area will arrive in no time! We also make sure that our deliveries come in tightly sealed containers in order to make sure that no potency is leaked out of the seeds. To order, simply head to our website and browse the different categories of weed seeds that we have to offer. Also, we offer occasional discounts and promos to our loyal customers so don’t miss out! All orders exceeding $420 are also given freebies!

This beautiful, head-turning indica hybrid is surely one of the best-looking plants out there. With its purple hues and frosty buds, Purple Kush is regularly seen across cannabis gardens in the country. With 8 weeks of flowering, Purple Kush will be ready for harvest. It offers moderate yields of some of the most eye-catching buds you will ever see. THC contents for this strain average up to 23%. You get a nice, euphoric high that sedates you into a cozy slumber. A great all-around nighttime strain!

Agent Orange brings a very lemony, citrusy profile which instantly gets smokers hooked! The mesmerizing flavors also contain a hint of spice that balances it all out. Agent Orange is a relatively fast grower, often averaging a flowering period of around 8 to 9 weeks. With just the right amount of THC, which averages around 15%, you are sure to get a very mellow and enjoyable uplifting high without being too overwhelming! It is the perfect social strain to share with some peers.

Big Devil Autoflower is a very easy and simple strain to grow that offers nice yields and amazing effects. In addition to a 9-week flowering period, its durability makes it capable of growing in any setup, which makes it an ideal choice for beginners. With a modest THC level of 15%, you are greeted with a very mild and smooth high every time. The calming and light-headed feelings that you get in addition to the skunky tastes make for a very classic smoke.

This award-winning sativa hybrid has very rarely disappointed those who tried smoking it’s dank buds. Bubble Gum, as its name suggests, sticks to a user’s mind and fills it with some sweet thoughts of pure bliss. It is also well-balanced, being capable of giving a light body buzz that relieves any pressure. The medium-level THC coupled with some tropical and fruity tastes are definitely a must try at least once. It has a flowering period of around 8 to 9 weeks.

Perhaps one of the most famous strains ever developed, thanks in large to the comedy movie named after it, Pineapple Express is a very energizing and euphoric strain. It is, however, quite powerful as it carries a THC level of 25%. The happy highs you get from this may border being a mind-altering and psychedelic strain, so be careful! Sweet, pineapple-like flavors coat your mouth and you continue taking sip after sip of this delicious strain.

Should I Buy Marijuna Seeds Online in British Columbia?

British Columbia is colloquially known as Canada’s very own Cannabis Empire due to the widespread production and cultivation of marijuana and cannabis plants in the province. Cities such as Vancouver also boast a very progressive and accepting cannabis scene, which gives tourists and residents the chance to use marijuana freely without getting into trouble with the law. Since planting your own weed seeds is perfectly legal in the province of British Columbia, cannabis enthusiasts should definitely give it a go!

Whether you are a recreational or medical user, planting your own weed seeds offers many benefits. In addition to being a great and fulfilling activity, growing your own cannabis plants ensures that you will have an unlimited supply of marijuana! Of course, you will need weed seeds to get started so try visiting SunWest and avail of our products now!