Home » Blog » What Does Sativa Do to Your Brain?

What Does Sativa Do to Your Brain?

The three different cannabis strains are indica, sativa, and hybrids have their own effects. A cannabis cultivator should be able to check which strain will work best for his garden. For the sake of this reading, we’ll focus more on what does sativa strain do?

The sativa strain has always been a popular choice since it gives off different yet unique effects to the consumer. If you’re looking for a cannabis strain that gives more cerebral effect, you might want to try ingesting the sativa strain. Here are some of the information you need to know about sativa and the possible effects it has on the brain.

What is a Sativa Plant?

If you’re looking at your marijuana plant right now and not entirely sure what strain it is, you should observe the height of the plant. The sativa plants grow taller than an indica plant and the leaves are also much thinner. Because of its height, it’s difficult to have it grown indoors.

The sativas are also endemic to warmer climates that have longer summer and they also take a longer time to fully flower than an indica. They also give off a generally lighter shade of green and they require more light exposure. The medicine produced from cannabis sativa has lower CBD and higher THC levels.

The sativa strain has been known to help battle some medical conditions and the following are the known qualities of the sativa when used as medical cannabis.

The sativa strain is known to help people suffering from anxiety that’s affecting their daily routines. The sativa helps them in allowing their minds to focus on more important things and keep them from having anxiety attacks.

Those who are experiencing pain in any parts of their bodies often will find sativa very helpful in pain medication. It can be used to relieve pain symptoms in the back, head, and joints.

The sativa strain will get your creative juices flowing that’s why it’s recommended for daytime use. Individuals who have consumed the sativa cannabis have reported having met deadlines and be able to engage in new projects and ideas at work.

The sativa strain increases serotonin levels, this is a neurotransmitter involved in the regulation of mood and sleep. Those who have taken the sativa cannabis mentioned that they have felt uplifted and energized as long as it’s still taking effect.

Those who are taking this as part of medication have reported an increased feeling of euphoria and allows them to give more focus on the present and lessens depressive episodes.

What Does Sativa Do – Effects on the Brain Functions

Generally, the effects of sativa are known to be more invigorating that helps a person to be more alert. It also gives an uplifting feeling that allows the individual to tackle a physical activity or any creative endeavor.

Sativa cannabis strain also has higher levels of terpenes. The terpenes are responsible for the popular effects of sativa together with limonene that is good for anti-depression benefits and pinene that has anti-inflammatory properties.

But what sativa do exactly will be discussed in detail below.

Whenever an individual take in sativa cannabis, the cannabinoid receptors in the brain cells respond to its active ingredient, the THC. This creates sensations of pleasure and relaxation. Most of the receptors are located in the areas of the brain that affects memory, cognition, perception and motor coordination, a consumer should be aware that these mental functions are going to be affected.

The effects on these mental functions will not only be felt right after the consumption but it can last up to 7 days afterward. According to clinical research, the effects of sativa strain consumption can be long-term and yet it can be reversible. Once an individual stop consuming marijuana, the effects it has on memory, learning and coordination may disappear.

Overdosing on cannabis consumption can cause serious problems on perception, mood, and emotion especially for people who use cannabis as self-medication for depression, anxiety, and even schizophrenia.

Some of the effects of cannabis use can be feelings of elation, giddiness or sedation, some consumers can experience paranoia and increased anxiety. The cannabis’ effects on mental perception can also worsen psychotic symptoms in people who suffer from schizophrenia.

There has also been evidence that cannabis use may affect an individual’s ability to remember, learn and perform basic daily tasks such as driving. However, if you have plans of stopping marijuana consumption you may feel edginess, irritability, anxiety or depression.

In a study conducted, healthy human volunteers have psychotic-like states and memory impairments once THC has been induced. Those who frequently use sativa cannabis have reported having altered memory-related brain activation in the form of dysfunctional subsequent memory-effect that is associated with deficits in memory recall.

The endocannabinoid system present in our brains plays a major role in central nervous system patterning in structures relevant for cognition, reward, and mood. The cannabis consumption during the period wherein the brain is still developing might produce subtle and long-lasting neurofunctional alterations.

The Sativa strain consumption can have positive effects on an individual, especially for those using it as medical marijuana, certain medical and psychological symptoms are lessened. An individual just needs to make sure he will not go overboard with cannabis consumption. 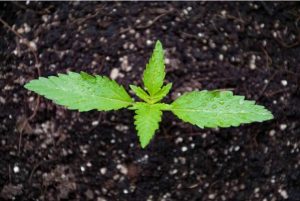 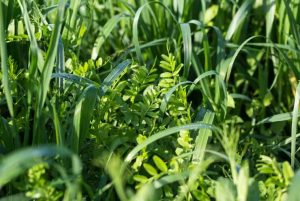 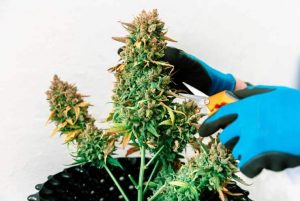